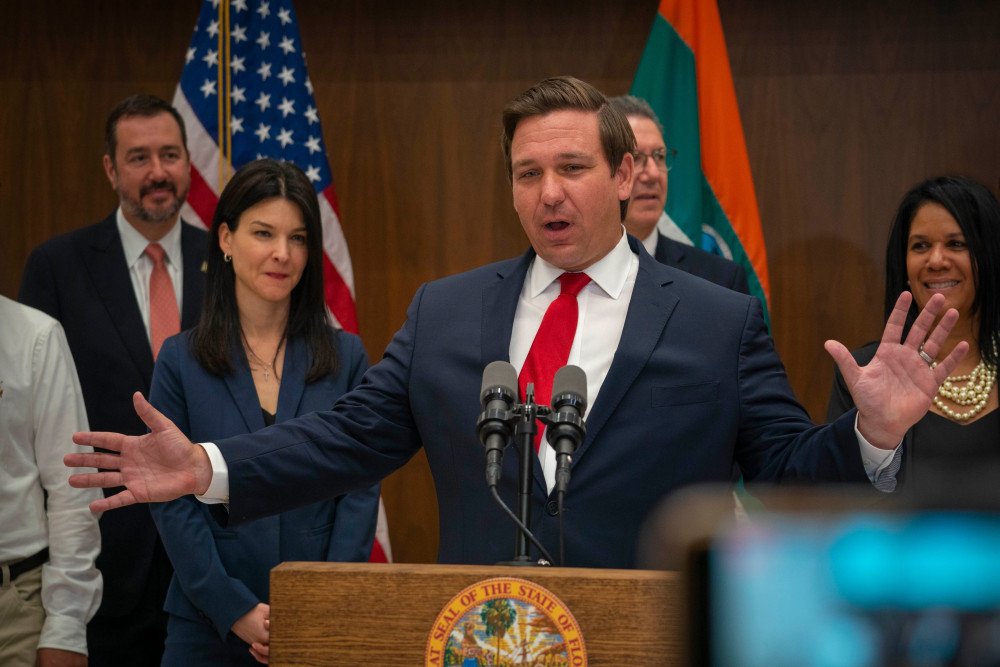 Florida Gov. Ron DeSantis is tearing into The Washington Post and the “legacy media” after a report that his press secretary enlisted as a foreign agent for her past work under a previous leader of Georgia.

Any smear piece does not prevent me from these legacy news sources, DeSantis expressed, as indicated by WFLA-TV. The main reason they’re going after her is that she works hard and succeeds at getting down on their falsehoods and fake stories.

I would be considerably more worried about my secretary on the off chance that the Washington Post was composing works of buffoonery about her. Then, at that point, I would think something is off-base.

A Post report on Wednesday said DeSantis’ press secretary, Christina Pushaw, enlisted for this present week as a foreign agent of the previous leader of Georgia, Mikheil Saakashvili. The paper revealed the behind-schedule nitty-gritty work she performed for him in the range of 2018 and 2020.

She unveiled her work for the legislator following contact from the Justice Department, her lawyer Michael Sherwin said. She supposedly got $25,000 for her work.

Her endeavors included composing commentaries, contacting allies and authorities, and supporting for his sake in Georgia and the United States, Sherwin said. The work will be finished in 2020. Ms. Pushaw was told as of late by the DOJ that her work in the interest of Mr. Saakashvili probably required FARA [Foreign Agents Registration Act] enlistment. Ms. Pushaw petitioned for the enrollment retroactively when she was made mindful.