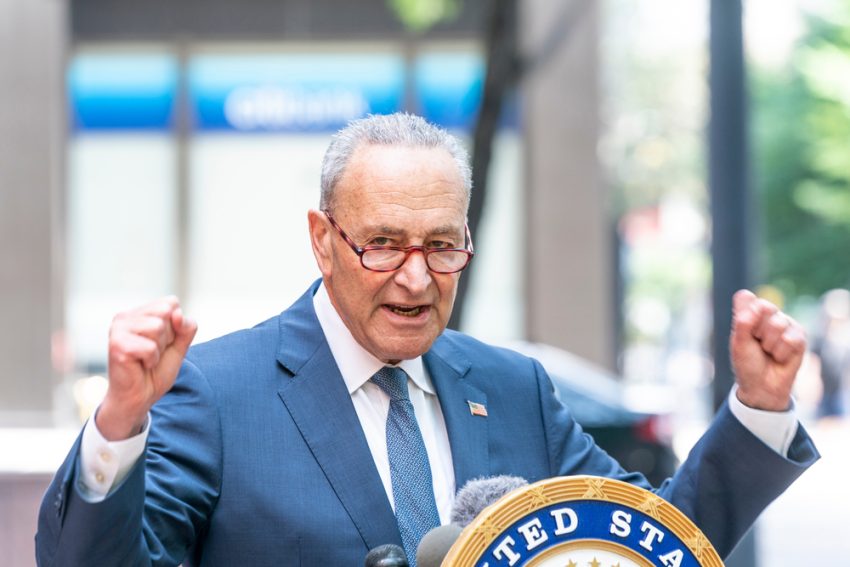 Senator Kyrsten Sinema announced Thursday that she would support the Democrats’ social spending and tax bill after previously holding out on the deal that Sen. Joe Manchin and Senate Majority Leader Chuck Schumer. Sinema added that an agreement had been reached to eliminate the carried interest tax provision, protect advanced manufacturing, and boost our clean energy economy in the Senate’s budget reconciliation legislation. As soon as the Parliamentarian reviews it, she will move forward with her support.

Sinema was widely regarded as the final senator needed for Democrats to pass the plan on climate, energy, health care, and taxes, culminating over a year of intra-party negotiations. As a result of her support, Schumer predicts that all 50 Democrats will vote in favor of the bill.

Schumer declared that he was happy to announce that they had reached an agreement on the Inflation Reduction Act that he believes will be supported by the entire Democratic conference. Furthermore, the final version of the Reconciliation bill, to be introduced on Saturday, will reflect this work and bring us one step closer to enacting this historic legislation.

To pass the legislation, Democrats plan to use a budget reconciliation process, allowing them to bypass the Senate’s 60-vote filibuster threshold. Senator Joe Manchin killed the previous reconciliation efforts last year, called “Build Back Better,” which were much more expansive than the bill he proposed with Schumer this week.

On Thursday, Schumer announced that the Senate would reconvene Saturday afternoon to debate the bill. It will be possible to pass the bill despite loud objections from the GOP if all 50 Senate Democrats support it.

Republicans say the biggest issue with the bill is tax increases, which Americans will bear indirectly in nearly every tax bracket. Republicans say the increases will also harm manufacturing businesses after the Senate passed a bill to boost U.S. manufacturing. It is estimated that the legislation will spend $433 billion and raise $739 billion in taxes.

People who are employed by these companies, and remember that half of this will fall on manufacturers, will have their wages and benefits reduced at a time when they’re having a hard time keeping up with inflation,  Sen. Rob Portman, R-Ohio, announced.

Democrats are also awaiting the results of the review by Senate Parliamentarian Elizabeth MacDonough, who is examining the Byrd Rule compliance of the legislation. Reconciliation bill provisions must deal with taxes and government spending, not straight policy prescriptions. Her review is not expected to doom the bill, however.

Then, after Democrats vote to begin considering the bill, a “vote-a-rama” will ensue, allowing senators to propose unlimited amendments. Usually, that results in dozens of amendments being voted on in a marathon session. However, if Democrats remain united, they can bring the bill to a successful conclusion, despite the efforts of Republicans.