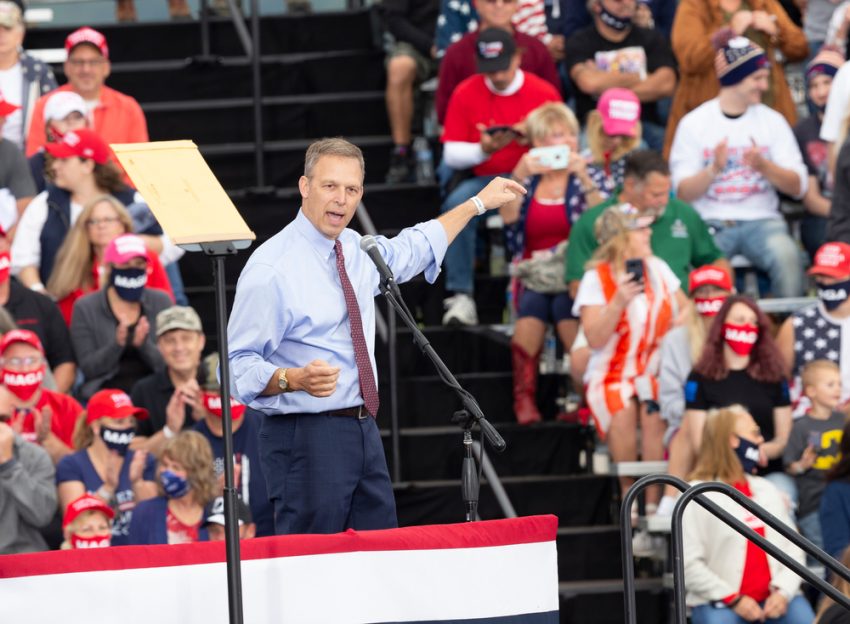 After the FBI seized Rep. Scott Perry’s cellphone, a Republican congressman from Pennsylvania who backed Donald Trump’s election fraud claims, all eyes are on the latest Trump ally to be scrutinized.

A source familiar with the investigation, speaking anonymously to discuss the phone seizure, said Perry’s cellphone was seized Tuesday as part of the Justice Department’s criminal investigation into using fake electors to try to overturn President Biden’s victory.

He is the first member of Congress whose phone has been seized during an investigation by the Justice Department into last year’s attempts at the Capitol to overturn the results of the 2020 presidential election. Perry did not explain why investigators confiscated his phone and wrote in a statement that the information on it was not the “government’s business.”

Perry called the seizure of his phone and the FBI’s search of Trump’s safe at Mar-a-Lago “banana republic tactics” and an example of an overzealous Justice Department. Republican members of Congress were also subject to FBI searches and seizures during Trump’s presidency. The FBI seized the cellphone of Sen. Richard Burr (N.C.) in 2020 while investigating stock trades he made before the Coronavirus pandemic briefly sent the market plunging.

Last fall, Perry became the chairman of the conservative House Freedom Caucus. He is known for his strong support of Trump and his history of promoting “conspiracies ” about topics as diverse as terrorism, Coronavirus, and Seth Rich’s murder.

Perry has been on the radar of the House select committee investigating the Capitol riot for months. Rep. Bennie G. Thompson (D-Miss.), the committee chairman, wrote to Perry last December seeking information on his efforts to install Jeffrey Clark as acting attorney general. In July, the committee outlined Trump’s plan to replace then-acting Attorney General Jeffrey Rosen with Clark, who would then use his power to encourage key states won by Joe Biden to send alternate slates of pro-Trump voters.

According to the select committee report, Perry introduced Clark to Trump; it also stated that Perry repeatedly communicated with Meadows, Trump’s former chief of staff, regarding Clark.

In response to the committee’s request for communications and voluntary testimony, Perry quickly rejected it.

A 60-year-old congressman now representing Pennsylvania’s 10th Congressional District resisted calls to resign after reports of his involvement in attempts to overturn election results, including his public objection to Congress counting Pennsylvania’s electoral votes for Biden.

As Perry said on the House floor after the attack on the Capitol on Jan. 6, 2021, when votes are accepted under unconstitutional means, the outcome can only be illegitimate.

He not only endorsed Trump’s claim that the 2020 election was fraudulent but also promoted some of the other ones. According to the Washington Post, Perry played a pivotal role in bringing the “Italygate” conspiracy to Trump’s attention, which claimed an Italian defense contractor conspired with the CIA to use military satellites to change votes for Trump to ones for Biden.

Additionally, Perry is alleged to have sought a preemptive pardon in case any criminal liability stems from his efforts to overturn Trump’s election. In June, Cassidy Hutchinson, a former Meadows aide, testified that Perry was among five Republicans who endorsed Trump’s stolen election claim and sought pardons.

After Hutchinson’s testimony, Perry said he never sought a Presidential pardon for himself or any other Members of Congress. According to Hutchinson, Perry discussed pardons with her directly.

Perry stated that the conversation about the pardons never happened.

In a career that overlapped with his service with the Pennsylvania Army National Guard for several years, Perry represented Pennsylvania as a state legislator for 15 years and then as a congressman for 15 years. According to his official House biography, he also serves on the Transportation and Infrastructure Committee and the Foreign Affairs Committee.

As a member of Congress, Perry consistently votes with the far-right, opposing Trump’s impeachment, the Violence Against Women Act, and the Covid-19 Hate Crimes Act designed to protect Asian Americans during the Coronavirus outbreak. Although the congressman has occasionally departed from these conventions, he recently voted to protect same-sex and interracial marriages under the Respect for Marriage Act.

As a result of being redistricted into Pennsylvania’s more competitive 10th Congressional District, including Hershey, Pennsylvania, Perry faces reelection in November.

Perry currently leads the Freedom Caucus, which will likely play a significant role in selecting the next House speaker if Republicans take control of the House after the midterm elections.