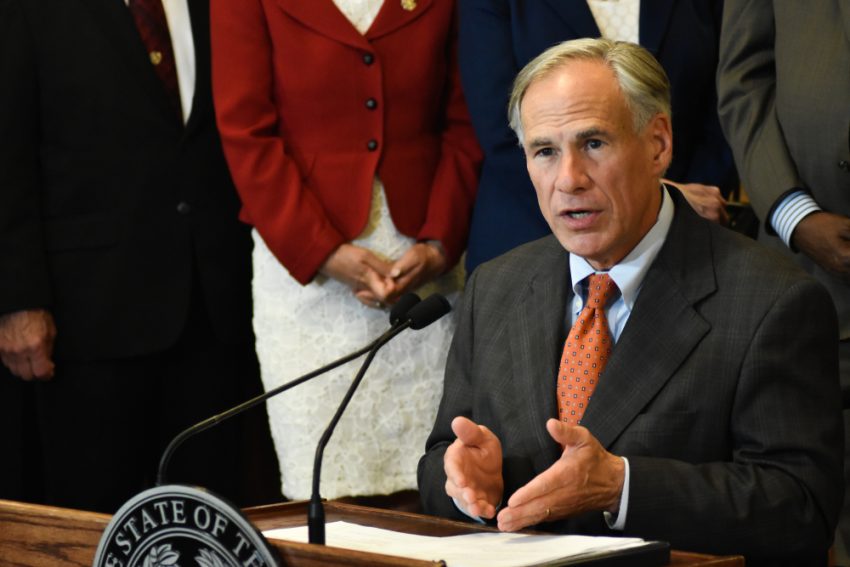 In July, a total of 118,000 migrants were apprehended by Border Patrol agents in five Texas sectors. As a result, Texas Governor Greg Abbott expanded his migrant busing operation to include New York.

More than 118,000 migrants illegally crossed the Mexican border into the U.S. between the Rio Grande Valley, Laredo, Del Rio, Big Bend, and El Paso sectors. This represents almost two-thirds of the 180,000 migrants apprehended along the U.S.-Mexico border, according to unofficial CBP reports reviewed by Breitbart Texas.

More than 50,000 migrants entered the Texas border sectors through the Del Rio Sector, now the busiest in the nation. Additionally, 35,000 entered through the Rio Grande Valley Sector and 25,000 through the El Paso Sector. Laredo and Big Bend sectors accounted for the remaining 8,000 migrants.

During the current fiscal year, which began on October 1, 2021, 1.14 million migrants were apprehended by agents in these sectors.

Governor Abbott stated that Texas would not sit idly by as the border crisis worsens, even though it is the federal government’s responsibility to secure the border. As a result, Texas has developed the nation’s most comprehensive and robust border plan. To address the massive border crisis created by the Biden administration’s border security and immigration policies, Governor Abbott has taken to busing immigrants to Washington D.C. More recently, he has expanded his migrant busing operation to New York City. According to borderwall.texas.gov, as of July 22, 2022. more than $118,297.00 has been donated for “Border Transportation Funding Donations” other donation options include Border Wall Funding Donations As of July 22, 2022: $55,334,747

As a result of Governor Abbott’s action, Mayor Adams of New York City has engaged in a war of words. The mayor of New York City described Gov. Abbott’s air-conditioned bus transportation of migrants as “horrific.” Mayor Adams went on to say that Considering what the governor is doing; this is horrific. Considering the history of this country, a nation that has always embraced those fleeing persecution, what the governor of Texas has done is unimaginable, according to Mayor Adams.

No similar accusation against the Biden Administration’s policies led to record-setting migrant deaths at the U.S.-Mexico Border.

Governor Abbott’s spokesperson Renae Eze said, What is ‘horrific’ is the thousands of illegal immigrants overrunning and overwhelming our border communities with populations smaller than a New York City borough, and Mayor Adams is hypocritically upset about welcoming just a few dozen into his sanctuary city.

The Border Patrol’s rescue of migrants has already surpassed last year’s record, along with the number of migrant deaths. As of this week, Border Patrol agents have rescued well over 19,000 migrants from life-threatening circumstances, according to the unofficial report reviewed by Breitbart. According to official reports, agents rescued just under 13,000 people in FY2021. Additionally, 5,000 people were rescued in FY2020, while 4,920 were rescued in FY2019.

Texas is not the only state addressing border issues. Governor Doug Dulcey also took a page from Abbott and bused immigrants to Washington DC. According to state officials in Arizona, buses are needed to help border counties. Tim Roemer, Arizona’s Homeland Security Director, said migrants crossing the border are overwhelming the system.

Arizona pays $82,146 per bus under a contract with AMI Expeditionary Healthcare LLC. Those costs include the rental of the bus, two paramedics/EMTs per bus, and multiple drivers. Additionally, asylum seekers receive three meals a day from the company. Clearly not the horrible situation Adams would have you believe.

Adams announced an emergency declaration on Monday, allowing the city to tap nonprofits quickly to establish an immigrant referral center and shelters without undergoing typical reviews and contracts.

He has asked the federal government to reimburse the city’s expenses.

On August 4, he said that New York already had a housing crisis. He is asking the Federal government to help because not only is its housing but translation services, education, food, and more.

Abbott will continue to ship people to New York City despite the $1,400 per rider price tag reported by NBC in June. That is in n addition to the nonprofit groups that also arrange transportation to New York City.