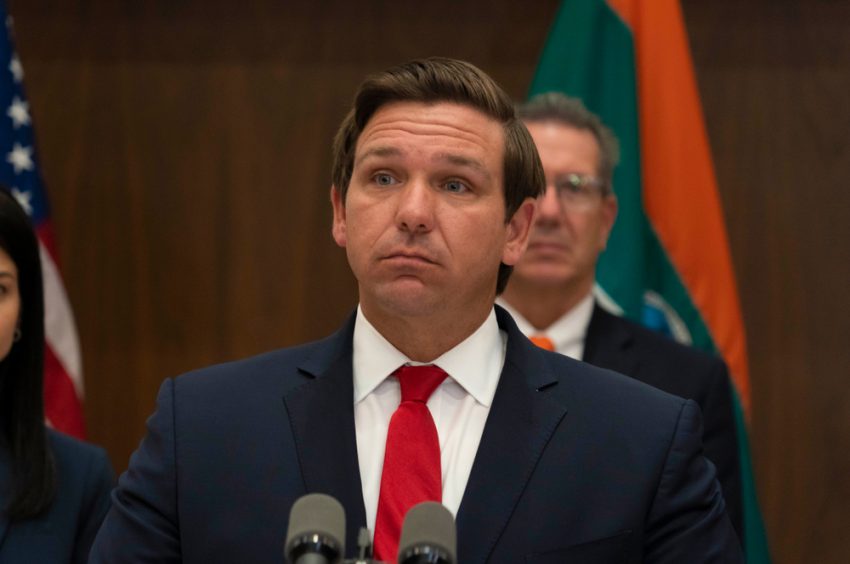 Ron DeSantis is determined to stop election fraud in Florida. According to Florida Gov. Ron DeSantis, the State’s newly established Office of Election Crimes and Security have uncovered 20 cases of voter fraud since its establishment on July 1.

Twenty people have been arrested and charged with felony convictions for illegal voting in Florida, Governor Ron DeSantis announced on Thursday, in a move designed to flex the muscles of a new office charged with policing the voting system.

According to the DeSantis, twenty individuals from Palm Beach, Broward, and Miami-Dade counties voted despite being disqualified due to prior convictions for murder or sexual assault. Convicts convicted of serious crimes such as homicide and sexual assault are not allowed to vote in Florida. According to DeSantis, the 20 individuals charged with voter fraud face up to five years in prison and a $5,000 fine.

As early voting continues throughout the State, the announcement comes just days before primaries. DeSantis said that the 20 people charged with voting fraud are from Broward, Miami-Dade, and Palm Beach counties. The eastern tri-county area contains the most prominent Democratic counties in the State. The counties are also heavily populated, counting a significant number of votes.

The voters did not go through any process, they did not get their rights restored, yet they still voted. It’s illegal, and they’re going to pay for it, exclaimed DeSantis. The 20 were also convicted of murder or sexual offenses, which still result in lifetime voting bans. In 2018, Florida voters lifted the ban on all other crimes.

Neither indictments nor warrants were immediately available, and the Florida Governor provided few details about the charges. During a press conference in Broward County on Thursday, DeSantis praised the work of the Office of Election Crimes and Security, a first-of-its-kind office investigating voter fraud. The head of that office, Peter Antonacci, said Thursday was a “special day .” According to Antonacci, today is the day we begin to take fraud seriously.

According to DeSantis, Florida’s election security office will continue to review the 2020 election and monitor upcoming elections in search of fraud.

During the most recent legislative session, we recognized that you could have great policy reforms, and it’s essential to do them, but if they are not enforced, what difference will they make? DeSantis added in support of the election security office and its work.

A voting bill passed by the Florida House in March proposed the establishment of the Office of Election Crimes and Security. DeSantis appointed Peter Antonacci director of the office on July 6, shortly after it was established as part of the Florida State Department. According to DeSantis, the Office of Election Crimes and Security will continue to monitor the coming election, ensuring that voter fraud does not happen in the sunshine state.

12 thoughts on “Ron DeSantis Making a Dent in Election Fraud”