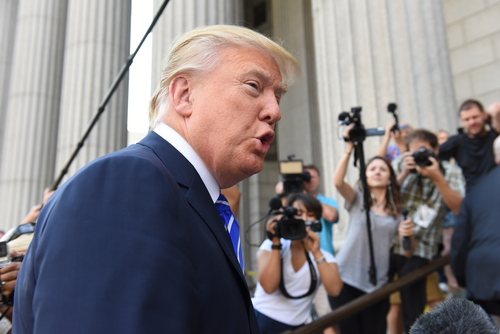 In a preliminary ruling, a federal judge sided with former President Donald Trump’s lawyers in announcing her decision to appoint a special master to review documents seized by the FBI from Mar-a-Lago earlier this month.

By reviewing documents and materials, a “special master” will determine which are protected by attorney-client privilege and executive privilege, preventing the Department of Justice (DOJ) from using them.

Judge Aileen M. Cannon, a Trump appointee, decided less than one week after Trump’s legal team requested an independent review of the seized documents. In his motion filed last Monday, Trump argued President Joe Biden’s Justice Department had conducted a hit against him. The law enforcement community is a shield that protects Americans. The motion stated that it could not be used as a weapon for political purposes. In light of the unprecedented and unnecessary raid at President Trump’s Mar-a-Lago estate in Palm Beach, Florida, we seek judicial assistance.

Trump’s legal team filed a Motion for Judicial Oversight and Additional Relief requesting that the court appoint a Special Master. The motion also asked that the court prohibit the FBI from further reviewing the seized documents until the Special Master is appointed, require the government to release a more detailed property receipt, and return any items seized that are not covered by the search warrant.

According to Fox News, Judge Cannon’s decision was based on Trump’s submissions and the “exceptional circumstances” presented. Cannon wrote in a filing that the court is proposing notice of its intent to appoint a special master based on Rule 53(b)(1) of the Federal Rules of Civil Procedure and its inherent authority, without prejudice to the parties’ objections. The DOJ has opposed a special master.

In addition to Judge Cannon’s ruling, Magistrate Judge Bruce Reinhart, who approved the search warrant (for the raid), also recently ordered the release of a heavily redacted version of the affidavit that justified the FBI’s raid at Mar-a-Lago.

Based on 15 boxes Trump voluntarily provided to the federal government, “probable cause” exists that Trump improperly stored classified documents at Mar-a-Lago.

In a statement released after Judge Cannon’s ruling, the president doubled down on his claims that the FBI raid was politically motivated.

Trump posted on Truth Social that a federal judge in Florida had taken on the Presidential Records Act case, which included the unprecedented, unnecessary, and unannounced “FBI/DOJ raid (break-in!)” on Mar-a-Lago. A political attack was carried out just before the Midterm Elections (and 2024, of course!). We are now a “Third World” nation, and it is a “disgrace!”

According to Judge Cannon, DOJ attorneys must respond two days before the hearing scheduled on September 1 and provide, “under seal,” a more detailed Receipt for Property that specifies all property seized pursuant to the August 8 search warrant.

According to Fox News, Judge Cannon ordered DOJ attorneys to file under seal a “particularized notice” indicating the status of its review of the seized property, including any filter review conducted by the privilege review team and any dissemination of materials outside of it. As well as any other considerations pertinent to appointing a special master in this case, Judge Cannon requested the DOJ to provide its respective and particularized positions on the duties and responsibilities of a prospective special master.

The DOJ’s “filter” team has been going through the seized documents so far to ensure they do not contain anything protected by attorney-client privilege; a senior law enforcement official told Fox News.

Fox News reported that five of the boxes taken by the FBI during the Mar-a-Lago raid contained information that the attorney-client privilege protects Trump’s team claims. “Oh great!” In its now-famous raid on Mar-a-Lago, the FBI took boxes of privileged ‘attorney-client’ and ‘executive’ privileged material, which they should not have taken, Trump wrote on Truth Social.