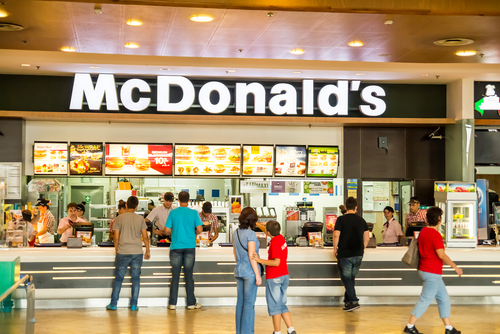 If you think inflation is a problem, you might be paying up to 20% more for fast food if you live in California. It was 21 Democrats who passed the bill through the California Senate on Monday. The bill establishes a government panel that will set wages for an estimated half-million fast food workers, a first-in-the-nation effort to regulate the workplace.

Union supporters hope that the measure will gain traction across the country. Under the Fast Act, the governor and legislative leaders would appoint a panel composed of workers, union representatives, employers, and business advocates. Starting next year, fast food workers could earn up to $22 per hour and be paid increases equal to the consumer-price index up to a maximum 3.5% increase per year.

Previously, the state Assembly passed a version of the bill in January that allowed the council to oversee workplace conditions, including scheduling, and made restaurant chains joint employers of their franchisees, potentially placing them at risk of labor violations. Several companies, such as McDonald’s Corp., Yum Brands Inc., and Chipotle Mexican Grill Inc., succeeded in removing those provisions in negotiations via amendments over the past week, though they still oppose it.

According to Matthew Haller, president of the International Franchise Association, a trade group whose members own fast food restaurants, this is the biggest lobbying battle franchises have ever had.

A study commissioned by the Franchisee Association found that raising minimum wages between $22 and $43 would result in a 60% increase in labor costs and a 20% increase in fast-food prices. In California, the minimum wage is currently $15 but will increase by 50 cents on Jan. 1.

All nine Republicans and three Democrats voted against the bill in the state Senate, while 21 Democrats voted for it. Like the Senate, the Assembly is controlled by Democrats and is likely to pass the modified Fast Act before Wednesday’s session ends. Democratic Gov. Gavin Newsom must sign or veto the bill within 30 days. While Newsom hasn’t taken a position on the bill’s current version, his Department of Finance opposed the original draft.

Since fast food has a franchise model, there are so many employers, making it difficult for labor unions to organize. A bill proposing tighter labor regulations was floated by California lawmakers last year, with advocates arguing that fast food workers, most of whom are Black or Latino, experience unpaid overtime and other labor violations.

Despite the recent changes, advocates say the bill still represents a significant step forward. The bill, introduced by former Democratic legislator Lorena Gonzalez Fletcher in the Assembly, moves California closer to a European labor model, where unions negotiate wages and work conditions across sectors rather than company by company. It’s still an ambitious idea. Giving workers a voice at the table will be fundamentally different for those workers, said Ms. Gonzalez Fletcher, who leads the California Labor Federation, the state’s largest union umbrella group.

According to the recent amendments, the council would cease operating in 2028 unless it is renewed, though inflation-adjusted wage increases would continue. The bill covers fast food chains with limited or no table service, where customers order their food before eating, and where customers pay before they eat. This bill requires chains to have 100 or more locations nationwide, up from 30.

According to Citigroup Global Markets Inc. analysts, California accounts for around 14% of total U.S. restaurant sales, and California policies also affect the rest of the industry.

4 thoughts on “Get Ready to Pay More for Your Burger”