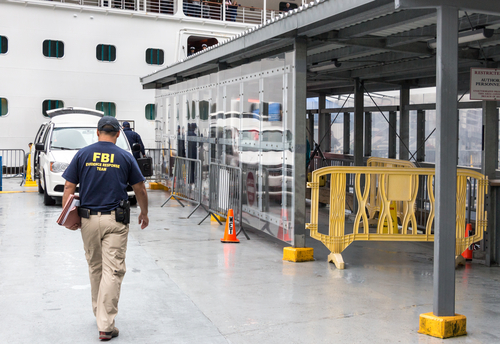 In the Hunter Biden laptop story, allegations mount that FBI behavior may have violated federal law enforcement norms, a former Utah federal prosecutor told Fox News. As Brett Tolman explained on “The Story,” recent actions and overtures from within the bureau and the Justice Department may either be unraveling or in damage control.

According to Tolman, you have the Joe Rogan interview with Meta CEO Mark Zuckerberg that reveals the FBI’s connection to Russian disinformation in the Hunter Biden release, which is “no coincidence in my mind.” Then there are certain agents, such as Tim Thibault, he said.

Over the weekend, Thibault resigned as an assistant special agent-in-charge in the District of Columbia. His handling of the Hunter Biden investigation has been accused of political bias.

It seems that the politicization of the FBI has started to get away from them, with the new rules handed down by Attorney General Merrick Garland governing DOJ political appointees.

According to him, the perception within the bureau that it cannot contain such behavior in-house may lead the brass to take these sudden steps to claim they handled the politicization when they learned about it. Tolman said, “Unfortunately, it’s a little too late,” adding that the Hunter Biden investigation now appears to be subject to “interference” by the main Justice Department in Washington.

It is appropriate for David Weiss, the lone Trump appointee held over by President Biden to thwart conflict-of-interest allegations in the Hunter Biden investigation, to have “separate and exclusive authority” to prosecute the president’s son regardless of sentiments from the Justice Department.

In terms of how bad it looks and how much mistrust it is likely to instill in these agencies, Tolman described it as cataclysmic.

Whistleblowers within the FBI had reported political bias to rank member Charles Grassley, R-Iowa, of the Senate Judiciary Committee before Thibault resigned.

A whistleblower report made public Wednesday by Sen. Ron Johnson (R-Wis.) claims that FBI officials instructed agents not to investigate Hunter Biden’s famous laptop for months, vowing not to upset the election again.

According to Johnson, the new allegations provide even more evidence of FBI corruption and strengthen the case for investigating the FBI’s actions regarding the laptop.

After the computer was recovered in December 2019 from a Wilmington, Del. repair shop, “individuals with knowledge” informed his office that “local FBI leadership” had slow-walked the investigation.

Johnson quoted FBI management telling employees, “You will not look at that Hunter Biden laptop, ” promising not to alter the 2020 election outcome. The reference was to days before the 2016 presidential election when the FBI reopened its investigation into Hillary Clinton’s private email server.

In addition, these whistleblowers allege that the FBI did not examine Hunter Biden’s laptop until after the 2020 presidential election, the Republican concluded.

Johnson stated that he understood the hesitation to investigate a matter because it may be related to an ongoing investigation. He said that it is clear to him, based on numerous credible whistleblower disclosures, that the FBI cannot be trusted with handling Hunter Biden’s laptop.

As a result of Republican senators grilling him earlier this month, Wray admitted the FBI’s bias in the Hunter Biden investigation was “deeply troubling.”

6 thoughts on “FBI  Cannot Be Trusted”