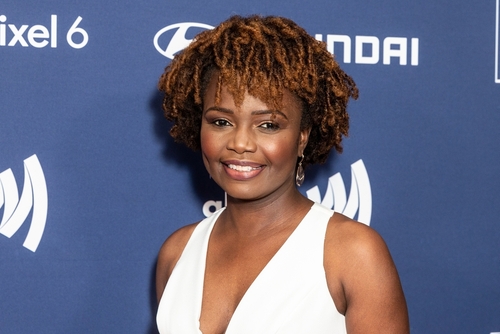 A question was asked to White House press secretary Karine Jean-Pierre about what the Biden administration planned to do about this “severe learning loss” and whether it owed “any blame for not pushing schools to reopen sooner.”

This is in reference to a special administration of the NAEP long-term trend (LTT) reading and mathematics test conducted in 2022 by the National Center for Education Statistics (NCES) to examine student achievement during the COVID-19 pandemic. Students aged 9 in 2022 scored 5 points lower in reading and 7 points lower in mathematics than in 2020. Reading scores have declined by the largest since 1990, and mathematics scores have fallen for the first time ever. Lower-performing students at age 9 had lower scores in both subjects compared to higher-performing students. According to the NAEP, students were performing at the lowest level in two decades.

Jean-Pierre said Thursday that former President Trump bears responsibility for learning loss during Covid-19 closures. During her speech, Jean-Pierre implied that the Trump administration was to blame for how they mismanaged the pandemic, arguing that “nearly all schools” were open six months after Biden took office.

When asked if Biden bore any blame for not pressing schools to open ‘sooner,’ Jean-Pierre replied, Let’s go back to where we were when this president walked into this administration and how mismanaged the pandemic was. The opening of the schools was the work of the President and Democrats despite Republicans not supporting the American Rescue Plan (of), which sent $130 billion to schools for ventilation, tutoring, and the hiring of more teachers, she said, again praising the Biden administration. She further stated that every Republican in Congress opposed the funding – that is the reality. All of this had to be done by the Democratic party.

It is Jean-Pierre’s belief that the economy being shut down, as well as schools and businesses, demonstrates how mismanaged the pandemic was and its impact on kids’ progress and academic well-being.

Earlier this year, the Chicago Teachers Union (CTU), the nation’s third-largest school district, refused to return students to classrooms. During a winter break, 73% of CTU members said they wanted to return to remote classes until the current spike in COVID cases “substantially subsides.”

The California Teachers Association (CTA), a heavy backer of Democratic Gov. Gavin Newsom, also slowed down the return to in-person education during the pandemic.

Parents started a petition last year to abolish the CTA, arguing that the teacher’s unions have been holding us hostage and refusing to educate our children.

Republicans, meanwhile, blamed Democrats and teachers’ unions for the drop in scores.

Virginia Foxx, who is a ranking member of the House Education and Labor Committee, argued that Biden, Weingarten, and their Democratic counterparts across the country should be held equally responsible for undermining America’s children’s education. It’s no surprise that students continue to fall behind in core subjects after being forced to sit in front of screens for months and being deprived of in-person instruction with their peers. It’s a textbook example of rot caused by government and unions infecting our future leaders.

The science did not support the closure of schools, and Democrats were too busy following political science to care. As a result, we lost decades of reading and math gains, tweeted Rep. Guy Reschenthaler, R-Pa.