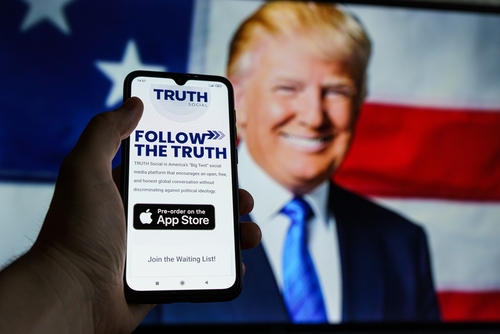 In case it cannot secure shareholder support for an extension, Digital World Acquisition Corp (DWAC), which plans to merge with former President Donald Trump’s fledgling media group, may have to abandon the multibillion-dollar deal.

It was announced last September that Digital World Acquisition ( a special purpose acquisition company, or SPAC) would merge with Trump Media & Technology Group (TMTG) and list on the Nasdaq.

After the merger with the former president’s company was announced in October, Digital World shares soared to $175 and became a favorite among retail traders. The February launch of Trump’s social media site, Truth Social, provided another boost before disappointing platform downloads and regulatory issues for Digital World weighed on the shares.

When it debuted last September, the SPAC gave itself a one-year deadline to close a deal or risk having to return the millions it raised to investors. The sponsor’s terms allow it to extend its deadline by up to six months; however, doing so would cost the team millions of dollars in cash deposits to its trust account.

“I’m not touching it,” Matthew Tuttle, CEO of Tuttle Capital Management, said. The risk is too great, and even if the SPAC’s deadline is extended by six months, we may just be pushing the problem down the road.

Retail traders were also talking about Digital World but didn’t seem to be actively buying the dip. The company’s ticker was among the most mentioned on Reddit’s WallStreetBets, but it was not among the top 30 most traded assets on Fidelity’s platform.

According to the blank-check firm, a federal grand jury is seeking information from Trump Media & Technology Group about the planned deal, and the Securities and Exchange Commission issued a subpoena for similar information the same week. Furthermore, according to Digital World, the grand jury also seeks information from current and former TMTG employees.

CF Acquisition Corp. VI, a SPAC taking video platform Rumble Inc. public, rose 14% to its highest level since February ahead of a shareholder vote deadline next week. Trump Media has a technology and cloud services agreement with Rumble.

However, the agreement with TMTG, which owns the former president’s favorite app, has been delayed due to a series of investigations into its dealings with Digital World before the September 2021 IPO and questions about its underlying finances.

On Tuesday, Digital World’s shares fell 11% to $22.13, the lowest close since the deal was announced in October, while stock warrants linked to the company fell 18%. Its stock dropped Tuesday after Reuters reported that sponsors did not receive enough shareholder votes to give it another 12 months to complete a proposed deal with Trump Media & Technology Group. Trading volume for both the stock and warrants was approximately ten times higher than usual. More than one million warrants were exchanged for nearly six million shares.

A two-day extension has been made to the voting period, with Digital World CEO Patrick Orlando announcing the change during a special meeting on Tuesday afternoon. According to Reuters, if the special purpose acquisition company does not receive enough shareholder support, it will be forced to liquidate and return the funds raised in its initial public offering in September 2021.

According to Reuters, Digital World requires the support of 65% of its shareholders to extend the life of its SPAC status by 12 months to close the deal or liquidate its assets and list by Thursday of this week. According to the company, a shareholder meeting scheduled for today has been postponed until Thursday, September 8.