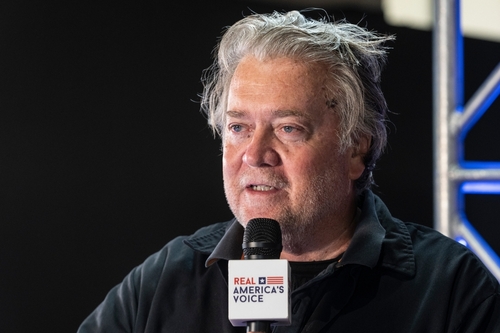 Former Trump adviser and a top ally, Steve Bannon, is expected to face criminal charges Thursday following an investigation into a crowdfunding campaign to build a wall along the southern U.S. border, people familiar with the matter said.

After President Donald J. Trump pardoned him in a case connected to a crowdfunded border wall, the Manhattan district attorney’s office opened its investigation.

The nature of the charges was unclear early Wednesday. According to a statement, Bannon said District Attorney Alvin Bragg had decided to pursue phony charges against him 60 days before the midterm elections. He further stated that Bragg is guilty of targeting him because his radio show is popular among Trump’s Republican supporters.

“They are coming after all of us,” he said. “I have not yet begun to fight.”

He claimed that New York’s federal prosecutors did the same thing in August 2020. It didn’t work then, and it certainly won’t work now. This is nothing more than the criminal justice system being used as a partisan political weapon.

The expected criminal charges were earlier reported by the Washington Post. The district attorney’s investigation focused on Mr. Bannon’s involvement in We Build the Wall, a private initiative to construct a wall along the southern border.

In the federal case, the U.S. attorney’s office for the Southern District of New York charged Mr. Bannon in 2020 with federal fraud charges stemming from his work with We Build the Wall Inc. The company was a fund-raising operation to help fulfill the former president’s promise to create a wall between the United States and Mexico. Federal prosecutors had accused Mr. Bannon, and three other men in 2020 of cheating donors, who contributed funds for constructing at least 100 miles of barrier on private land to We Build the Wall.

They were accused of taking money for personal expenses like hotel and credit card bills and buying jewelry, a golf cart, and a luxury S.U.V. The fund-raising effort collected more than $25 million. Prosecutors said Mr. Bannon used nearly $1 million for personal expenses.

Additionally, Bannon was convicted of contempt charges in July for defying a congressional subpoena from the House committee investigating the January 6 insurrection at the United States Capitol. His defense did not call witnesses before seeking an acquittal, so Trump’s pardon did not cover this case. His sentencing is expected in October, and he might receive a maximum of two years in federal prison.