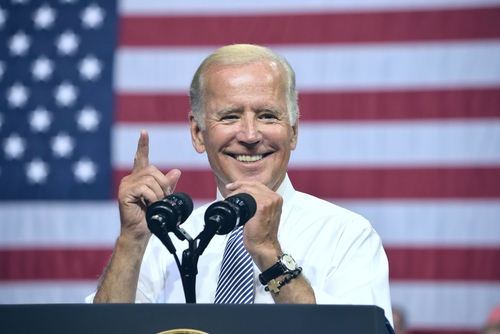 President Joe Biden proclaimed the Inflation Reduction Act “the single most important” legislation passed in Congress to combat inflation and one of the nation’s most important laws. The irony was that the Dow Jones Industrial Average experienced its worst day since June 2020 on worries about inflation. Investors panicked after news that inflation had been higher than typical for a second consecutive month. An increase in inflation of 8.3 percent in August compared to the same month a year prior, according to the most recent report on the consumer price index, which was released earlier in the day.

President Joe Biden tweeted on Tuesday that he would be celebrating the Inflation Reduction Act, which he signed into law four weeks ago, at 3 p.m. that day.

Republicans and conservatives responded strongly to Biden’s post, curious about what he was praising. From August 2017 to August 2018, inflation increased by 8.3%. Even if gas prices have gone down since the beginning of the summer, other necessities such as food and housing continue to be prohibitively expensive. Overall price inflation was 0.1% from July to August, with food price inflation at 0.7%. The 13.5% year-over-year increase in grocery prices seen in August was the largest annual increase since 1979.

In response to his tweet, North Carolina Republican Representative Virginia Foxx said, Families that watched grocery costs jump by 13.5 percent in August are not celebrating.

Rep. Bill Johnson (R-OH) questioned the significance of the celebration. The fact that expenses have continued to rise under your watch and the Democrats’ tax and spend extravaganza?

Penn Wharton at the University of Pennsylvania calculated that the Inflation Reduction Act would have a negligible impact on annual inflation.

That minor decrease would occur after the main deficit-reducing elements of the law are fully implemented.

According to Steve Guest, Special Advisor for Communications for Republican Texas Senator Ted Cruz, Biden was essentially saying, “let them eat cake.” He continued, America is in a recession, and Joe Biden is rejoicing. Talk about Democrats being out of touch.

In the late afternoon, Biden tweeted that August’s data showed “progress in fighting inflation.”  Overall, prices were flat this month, gas prices were down, and wages were up; this is terrific news for American families. My strategy is demonstrating we can decrease costs, create jobs, and bring manufacturing back to America, he tweeted. Biden appears to have created a fantasy world where inflation is a tiny blip on the screen and not the big concern that normal American families are worried about.