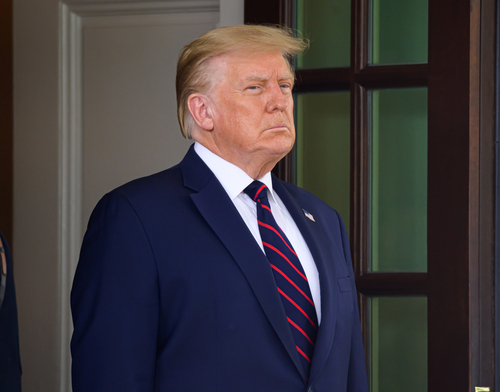 Raymond J. Dearie, an experienced former chief federal judge from Brooklyn, New York, has been chosen as the special master to analyze the records taken from the Mar-a-Lago estate that formerly belonged to former President Donald Trump.

U.S. District Judge Aileen Cannon appointed a respected retired judge to independently review the documents seized by the FBI from former President Trump’s Mar-a-Lago home. She also included the documents marked classified in Trump’s remit, which could prolong a court battle over the Justice Department’s investigation into the sensitive materials found at the Florida resort.

Dearie will be evaluating the materials that have been seized to determine whether or not any documents were privileged. He will also make recommendations regarding any disputes between the Government and Mr. Trump regarding how the items are characterized. The order that appointed Raymond J. Dearie was issued on Thursday. Mr. Trump’s legal staff had suggested that Mr. Dearie be appointed to the position, and the Justice Department agreed that he would be a suitable candidate.

There is no indication of how long the review process will take to complete. The inquiry has already been slowed down due to the special master process, which has led Cannon to urge the Justice Department to temporarily stop essential portions of its investigation.

After Cannon ordered an independent special master appointment, she temporarily blocked criminal investigators from using the materials. She described the move as a brief pause to allow for unbiased, third-party review to ensure a just process with adequate safeguards.

Shortly after, the prosecutors asked the Judge to revisit the pause, arguing that Mr. Trump had no legal authority over the classified documents at the investigation’s center. As a result, they asked Judge Cannon to reconsider the halt, particularly regarding those records. They stated that they would put aside the remaining approximately 11,000 documents that were seized and give copies of those documents to Mr. Trump. Still, they also stated they would go to the appeals court with the same request if the Judge did not allow them to resume reviewing the classified documents by the 15th of September.

Judge Cannon stated on Thursday that she believed the request made by the Government to be premature. According to the Judge’s written opinion, the Court does not think it’s acceptable to accept the Government’s conclusions on these critical and contested matters without additional examination by a neutral third party in an expedient and orderly manner.

It is anticipated that the Department of Justice will appeal the Judge’s decision to a higher federal court, namely the Atlanta-based 11th U.S. Circuit Court of Appeals. It had given Cannon until Thursday to put her order prohibiting the continued review of classified records on hold, and the Judge failed to grant their wish regarding the hold.