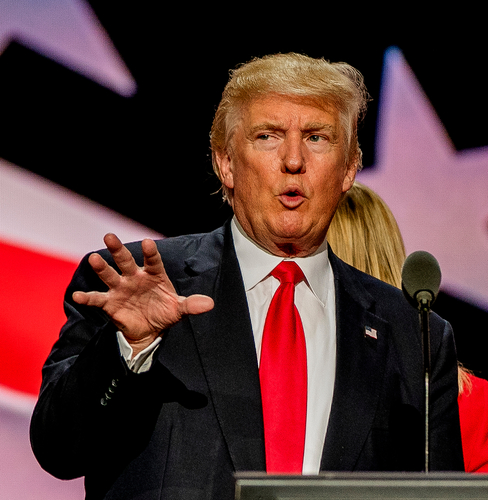 Former Attorney General Loretta Lynch found evidence that a computer contractor working for Hillary Clinton’s legal team erased subpoenaed information from her private email server and lied about it. Clinton, her lawyers, and hired consultant were not charged.

The FBI obstructed its investigation in a deal with Clinton’s defense team. In 2016, the FBI agreed to trash two laptop hard drives holding subpoenaed evidence after examining them. They did so while congressional investigators were still seeking the information, even though the lawyers had worked for Clinton at State and were under FBI investigation.

Before granting the request, the FBI accused Clinton’s lawyers of hiding evidence, making the capitulation puzzling.

The original scandal began on March 2, 2015, when news leaked that Clinton had covertly installed a non-government email server at her Chappaqua, N.Y., estate in early 2009. She utilized an unapproved and unprotected device to do State Department work, including transferring and storing classified material, allowing her to avoid legally needed record-keeping.

On the following day, the House Select Committee on Benghazi advised her attorney David Kendall to retain any electronic documents made since January 2009 and not to delete any emails on her private server. The commission subpoenaed data about the terrorist attack on the Libya consulate.

The intelligence community inspector general referred Clinton’s insecure server to the FBI counterintelligence division in July 2015. The FBI opened the investigation over a possible SCI breach, and Clinton’s server had SCI-level emails.

Some veteran FBI agents working on the investigation, which was tightly monitored at headquarters and labeled a “SIM” (sensitive investigative matter), felt they had a slam-dunk obstruction case, a critical aggravating component in mishandling confidential material or government records charges. They had to sit Combetta down and compel him to incriminate the Clinton surrogates who advised him what to do.

Investigators thought Combetta’s genuine testimony was critical for analyzing Clinton’s and others’ criminal intent because he could tell them if Mills, Samuelson, or Kendall told him to delete emails, according to a 2018 DOJ inspector general report.

Combetta falsely denied to FBI investigators that he “deleted or purged” Clinton’s emails from the server or backups and that her legal team never asked him to do so.

Combetta refused to discuss the March 2015 conference call with Clinton’s lawyers that preceded his data purging. So detectives and prosecutors gave him immunity and reinterviewed him. An FBI interview summary, known as an FD-302 report, does not include the conversation, indicating agents neglected to follow up on a vital line of questioning.

Other parts of the case weren’t investigated. Combetta informed a coworker he was part of a “Hilary coverup operation” and would elaborate at a “party.” Combetta said he was kidding; the FBI accepted his explanation and didn’t follow up with the colleague to determine what they talked about at the party.

The FBI accepted another account for why Combetta, under the screen name “stonetear,” requested technical advice from the Reddit forum on how to “strip out” a VIP’s email addresses from “a lot of old correspondence.” After Internet sleuths discovered Combetta used stonetear in other forums, he later began to scrub his postings.

A case supervisor for the FBI informed the inspector general that Combetta should have been indicted for lying many times, but prosecutors declined. FBI forensic data from the server might prove Combetta made the deletions, but prosecutors didn’t charge him with obstruction.

Then-FBI Director James Comey agreed with the DOJ’s choice to offer Combetta amnesty instead of sweating him in a grand jury box to get him to reveal the truth.

Comey was compelled to justify the arrangement at an October 2016 meeting with FBI supervisors. Rank-and-file agents complained that headquarters handed out immunity deals “like candy” to Clinton witnesses. Comey said the FBI wasn’t interested in prosecuting Combetta but wanted to “build a case on Hillary Clinton” Internal FBI emails show Comey had already decided to let Clinton off the hook. He didn’t explain why the contractor wasn’t threatened with charges for lying to agents, the standard technique for turning a recalcitrant witness.

DOJ Inspector General Michael Horowitz called Combetta’s acts of destroying Clinton’s emails in defiance of a congressional subpoena and preservation order, as well as lying to the FBI, “especially severe.” We questioned prosecutors as to why he was not charged with obstruction of justice.

One DOJ prosecutor told Horowitz’s investigators that they wanted Combetta to assist independently. Another claimed they didn’t want to prosecute a little player for lying because it would bog down the investigation, which they were trying to finish “well before” the November 2016 presidential election.

An unidentified prosecutor stated that he was worried they would wind up with an obstruction case against some poor schmuck with a bad lawyer who concealed the ball if they immunized him. He stated that they had to decide whether to prosecute Hillary Clinton and her top staff before the election. He wasn’t interested in this guy’s idiot lawyer’s half-assed obstruction. So he was absolutely in favor of giving him immunity.

Prosecutors reported directly to former DOJ counterespionage official David Laufman. Laufman played a vital role in the discredited Russiagate probe, investigating several Trump advisers and authorizing wiretap warrants for at least one of them. He did this even though he knew they were based on a fabricated dossier financed by the Clinton campaign.

Over the protests of some FBI investigators, prosecutors handed Clinton aides Mills and Samuelson amnesty agreements.

Comey explained at the FBI conference that he had to agree with prosecutors and defense lawyers to limit the search because of “huge concerns” about attorney-client privilege and attorney work product being found on the laptops. This concern did not register in the broad, sweeping search of Trump’s records. A federal court has ordered an independent inspector to analyze the seized Mar-a-Lago documents for confidential data. Agents collected at least 520 pages of attorney-client sensitive information.

Mills and Samuelson agreed to answer just specific questions to prevent investigators from seeking privileged information. They were then permitted to join in on Clinton’s interview, which the FBI conducted after Comey exonerated her of mishandling sensitive information and obstructing justice. The director famously asserted at a July 5, 2016, press conference, saying the FBI had “no evidence” that Clinton’s emails were “intentionally” erased to conceal them.

Unlike the Clinton case, when agents and prosecutors attempted to collect evidence by consent wherever feasible, the department has utilized a federal grand jury to issue subpoenas to Trump for thousands of papers and surveillance camera footage from his Palm Beach residence. They also secured a search order to raid his private office and family bedrooms. According to court filings, authorities also seized 1,800 personal things, including presents, picture albums, clothes, passports, and medical and tax information.

The senator said that Clinton and her representatives were spared such methods and indignities. Even though Clinton and her lawyers didn’t turn over secret documents, they weren’t raided like Mar-a-Lago, Grassley added.

Ultimately, computer-forensics investigators and intelligence analysts concluded that 81 classified email chains were kept on Clinton’s unclassified home server. Their levels varied from CONFIDENTIAL to TOP SECRET/SPECIAL ACCESS PROGRAM. This secret designation renders access to specific material limited even to Secret and Top Secret clearance-holders without a “need to know.” The FBI discovered 100 papers with secret markings from its raid of Trump’s home, ranging in classification from CONFIDENTIAL to TOP SECRET.

In a court filing last month, DOJ claimed evidence that presidential papers housed in a basement storage room at Mar-a-Lago may have been disguised or removed before a June visit by FBI agents to pick up classified materials, suggesting probable attempts to obstruct investigators.

Investigators obtained a grand jury subpoena in May for the records and visited Mar-a-Lago on June 3 to pick them up. When they arrived there, the suit says, a Trump lawyer handed them a massive package containing documents. Another lawyer was acting as the official custodian of Trump’s documents attested in a sworn declaration that they performed a “diligent” search for classified files in response to the subpoena. Over the next two months, authorities “acquired evidence that federal data were likely disguised and removed from the storage room,” DOJ claimed, without identifying what or who was removed. The affidavit revealed that this suspicion is why 30 armed agents returned to Mar-a-Lago last month to conduct a comprehensive search.

Prosecutors say the secret materials they obtained cast doubt on Trump’s attorneys’ assertions of full subpoena cooperation. They are purportedly focused on Trump lawyer Christina Bobb, who signed the certification.

Bobb, who hasn’t been charged, did not comment. Trump’s legal team said the DOJ “seriously mischaracterized” the June conversation with Bobb and another lawyer but didn’t clarify.

Laufman, the lead prosecutor in the Clinton case and a media opponent of Trump, says he “has significant criminal exposure” to an obstruction charge. Either his attorneys wittingly misled, or they obtained that assurance from their client, said Obama appointee and donor Laufman.

Now, detectives can only guess if records were relocated or destroyed to dodge subpoenas, a felony. Experts note that prosecutors were cautious to indicate in their brief that papers were “likely” withheld and that efforts were “likely” to hinder the inquiry, meaning they lack strong proof.

It’s not obvious from the brief if the FBI has evidence of willful concealment versus negligence, said GWU law professor Jonathan Turley.

By contrast, prosecutors had solid evidence – including emails, phone calls, work tickets, and computer forensics – that Clinton operatives conspired to conceal and destroy subpoenaed documents in violation of Section 1519 of the federal criminal code, which was cited by the FBI when it searched Mar-a-Lago. It bans destroying or falsifying records or materials “to hinder, obstruct, or influence an inquiry.”

In December 2014, she told her employees to delete emails after 60 days. And she never stopped or condemned record destruction, he continued. Under 18 USC 1519, Clinton may have concealed record deletion.

Both Trump and Clinton invoke Section 2071, which forbids the deliberate concealing, removal, or destruction of government data. In investigating Clinton’s homebrew server scheme, prosecutors declined to pursue a Section 2071 charge. They refused because the statute had never been used to prosecute individuals for trying to avoid Federal Records Act requirements by failing to ensure that government records are filed appropriately, the IG report said. Legal experts argue the same criteria should apply to Trump, who the DOJ says sought to circumvent Presidential Records Act duties.

Trump lawyer Jim Trusty compared Trump’s retention of supposedly sensitive files to “an overdue library book.” He said Biden administration prosecutors are subjecting him to “a different standard” than everybody else because he is a Republican.

This month, U.S. District Judge Aileen Cannon granted an order temporarily prohibiting the Justice Department from utilizing seized data in its espionage investigation until a Special Master can analyze it for privileged and other information beyond the probe’s scope.

The DOJ’s obstruction inquiry can proceed notwithstanding the injunction, and investigators can continue questioning witnesses about subpoenaed papers, among other reasons.

According to DOJ lead counterintelligence prosecutor Jay Bratt, DOJ is investigating potential breaches of the Espionage Act, obstruction of justice, and improper concealment or removal of federal data.