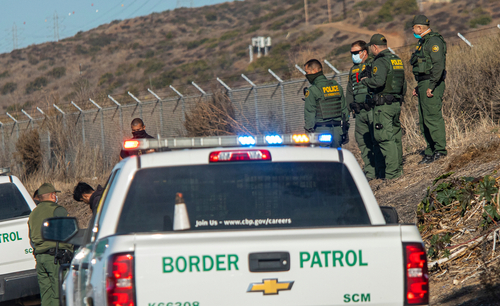 Republicans want a secure border. Republican governors like Texas’ Greg Abbott and, more recently, Florida’s Ron DeSantis have made a habit of moving migrants from their Sun Belt states to northern Democratic-voting areas. While their judgments may have policy justifications, there are also apparent political motives.

Both men, particularly DeSantis, ahead of a potential presidential run in 2024, are leveraging one of the most divisive topics in Republican circles — immigration — to play to their party’s base in various ways.
Whatever you call the surge of migrants from Central America, South America, and the Caribbean, most Republicans don’t want them here.

According to a CNN/SSRS study conducted earlier this year, 65% of Republicans oppose allowing asylum seekers from Central America into the country. This was in contrast to most Americans, 56% of whom supported allowing them to seek refuge.

Of course, most Republicans would claim that the migrants being moved north do not fit this criterion and are instead unlawfully present in the nation. According to a recent Fox News survey, more Republicans (56%) are highly concerned about illegal immigration than any other subject except inflation.

Republicans’ concerns about immigration, in general, have reached unprecedented heights. According to a Gallup study conducted earlier this year, 87% of Republicans were unsatisfied with the volume of immigration entering the nation, which is the highest level of the century.

The Quinnipiac survey rated immigration fifth among all Americans. This explains why Abbott’s and DeSantis’ efforts haven’t been met with as much enthusiasm in the mainstream media as in conservative circles.

However, the Republican governor’s actions aren’t only about immigration but also about making Democrats appear bad, mainly because they favor more liberal immigration policies. Negative partisanship is one of the most powerful forces in politics today. That is, you do something because you despise someone or something rather than because you like them.
Today, the two parties are at odds. The Pew Research Center conducted a survey early this year and found that 62% of Republicans view Democrats unfavorably. 43% of them did it ten years ago, and twenty years ago, it was only 20%.

Democrats also had a significant hatred for the Republican Party: a majority (54%) perceived the GOP as very negative, according to a Pew study released this year.

However, the current predicament isn’t only about the here and now. It’s also about the future. DeSantis, in particular, is a possible presidential contender in 2024. He must be aware that immigration was a significant factor in former President Donald Trump’s election to the White House in 2016. Trump received the most votes in the 2016 primaries from people who stated immigration was their most significant concern.

Additionally, DeSantis should be aware of Trump’s media attention-stealing tactics during the 2016 election. This news regarding Abbott and DeSantis transferring migrants to Northern cities is currently one of the top topics in the media.

DeSantis has mastered the art of gaining media attention for himself. He has had over 1,050 mentions on Fox News in the previous six months. Other prospective non-Trump 2024 candidates have fallen far short. Former Vice President Mike Pence has received little under 600 references, and it’s been a little less than 450 for Texas Senator Ted Cruz. Nikki Haley, former UN Ambassador, was referenced more than 160 times.

Using media attention to gain support from the Republican base is, in fact, part of the objective for people like Abbott and DeSantis. Politics is about more than simply legislation; it is also about reputation. Immigration is one of the best ways to achieve this.