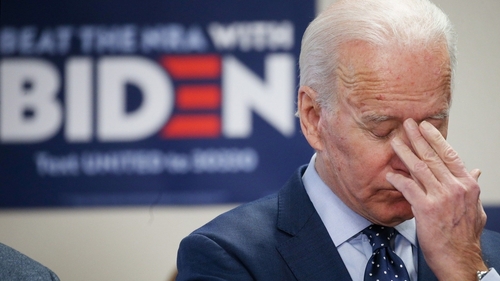 Although Biden discusses the migrant crisis, he does not discuss the border crisis. An administration official stated on Thursday that the Biden administration is continuing to keep a close eye on the prospect of Republican governors secretly bringing groups of migrants to Democratic areas. The official was speaking on behalf of the government.

The official emphasized that the White House was fully anticipating and continuing to prepare for the possibility that Governors Ron DeSantis of Florida and Greg Abbott of Texas will send more groups of migrants to various cities in the coming weeks. The official said they had no reason to believe those governors were finished with such maneuvers. They have every reason to believe that the buses and planes backed with migrants would continue to arrive in sanctuary cities.

This comes on the heels of an account earlier this week, where reports and flight plans gave the impression that a plane might be getting ready to take a group of migrants from Texas to Delaware. President Biden’s current home state is Delaware, and the report prompted Delaware’s state officials and other nearby states to scramble to make preparations. A plane of migrants never materialized, and according to a person with knowledge, no plane to date has landed in Delaware.

According to Biden, his administration has assigned to the Federal Emergency Management Agency (FEMA)  a regional administrator. This administrator is tasked with helping certain cities handle the influx of migrants bused in, and it is specifically dedicated to aiding  Chicago, New York City, and Washington, DC.

New York has declared a state of emergency, as its shelters are overflowing. Mayor Adams is looking at cruise boats to house the homeless. Mayor Muriel Bowser has established an Office of Migrant Services, which enables her to allow funding to support the ongoing humanitarian crisis (bused migrants). Governor JB Pritzker issued a state of disaster for Illinois so he could free up resources to help with the bused migrants.

The reimbursement of communities for the costs of coping with the inflow of migrants is one of the most important concerns that FEMA officials are working to assist. This reimbursement should take place in the quickest manner feasible. Meanwhile, officials from the White House, Department of Homeland Security, and FEMA have maintained contact with municipal authorities, according to a person with knowledge.

Given the record number of people currently arriving at the United States border and the threats from Republican governors to send migrants to certain cities, there is a recognition at the White House that the administration is currently facing a particularly challenging moment. The sheer volume of migrants arriving at the border is now being played out in states that normally do not have any border issues.

White House spokesman Abdullah Hasan said we continue working with our regional partners to manage the new migration challenge. A challenge was caused by failing authoritarian regimes in Venezuela, Nicaragua, and Cuba. We are also leading a comprehensive effort to support cities welcoming the people fleeing communism who Governor DeSantis and Governor Abbott are using as political pawns.