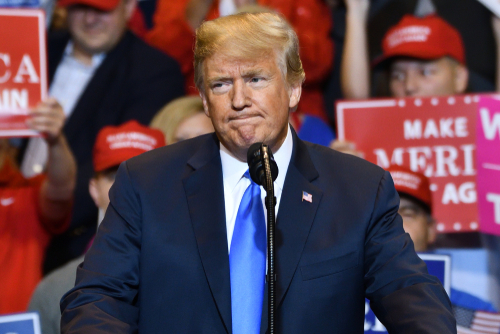 The special master designated to analyze documents taken by federal investigators at Donald Trump’s Florida resort has given the former president until next Friday to back up his claim that the FBI planted evidence during the August 8 search.

Following the FBI investigation of Trump’s Mar-a-Lago resort in Palm Beach, Trump and his attorneys publicly implied many times, without offering evidence, that agents planted evidence during the search. “Planting information, anyone?” President Trump announced August 12 on his Truth Social platform.

In a filing Thursday, the court-appointed special master, Senior U.S. District Judge Raymond J. Dearie of New York, directed the government to provide Trump’s attorneys with copies of any non-classified items gathered during the investigation.

He then directed Trump’s team to provide a “declaration or affidavit” of any goods in the inventory retrieved from Mar-a-Lago that the “Plaintiff alleges were not confiscated from the Premises,” referring to objects placed there by someone else. Dearie also requested that Trump’s attorneys identify any goods confiscated by agents but not disclosed in the inventory. He added this submission shall be Plaintiff’s only opportunity to raise any factual issue regarding the completeness and correctness of the Detailed Property Inventory.

Both parties have been summoned to a status conference on October 6.

Dearie’s order issued on Thursday proposes a short timeline for reviewing the seized documents. The order requires the government and Trump’s attorneys to go through all of them, identifying which ones may be covered by attorney-client or executive privilege and submitting any disagreements to Dearie by October 21. The review will not include any sensitive records after an appeals court decided Wednesday that the DOJ can keep classified files and not pass them over to Dearie. That means the government may continue inquiring about the seized documents while Dearie’s review is ongoing. However, they can’t utilize non-classified information as part of their investigation.

The special master said Thursday that he would be assisted in his assessment by former U.S. Magistrate Judge James Orenstein. While Dearie will not charge any costs for reviewing the records since he is still an active judge, the retired Orenstein will charge Trump’s legal team $500 per hour because the ex-president has been ordered to pay for the review. If Trump, who has a history of failing to pay individuals for services given, fails to make “timely payment,” it will be deemed a violation of the special master’s order. It might result in sanctions, according to Dearie.

The judgment was not the first time Dearie — who Trump’s team had suggested for the post of special master — prodded the former president’s lawyers for further information about their claims.

Dearie had requested Trump’s lawyers for further information on which of the over 100 sensitive documents discovered at his country club had been declassified. While Trump has publicly stated that he can declassify documents simply by thinking about them, his lawyers’ arguments in court have been more limited. They have implied in papers that at least some of the White House materials he carried to Mar-a-Lago were declassified, but they have never stated that this was the case.

In a letter to the judge on Monday, Trump’s attorneys stated that they did not want to reveal that material yet because it would compel them to prematurely “disclose a challenge to the merits of any later indictment.”

That matter was rendered moot on Wednesday when a federal appeals court ruled that the special master should not consider the confidential materials.