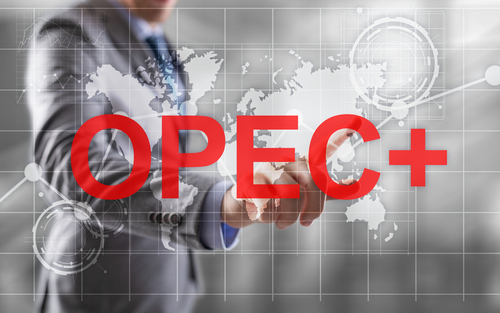 In an announcement on Wednesday, the Organization of Petroleum Exporting Countries (OPEC) stated that it would reduce oil output, thereby undermining the Biden administration’s efforts to persuade Middle Eastern oil corporations to maintain regular production to tackle rising gas prices.

In advance of OPEC+’s crucial meeting on Wednesday, U.S. representatives attempted to persuade officials in member countries such as Kuwait, the United Arab Emirates, and Saudi Arabia to vote against any decision to cut oil production.

According to CNN, the Biden Administration stated that dropping production would help Russian oil exports and spike American gas prices just before the midterm elections. Despite the administration’s efforts, OPEC+ announced a 2 million barrel per day decrease in oil output beginning in November.

According to one U.S. official, the White House is “having a spasm and panicking” at the announcement. According to the article, draft talking points sent to the Treasury Department referred to the likelihood of a production decrease as a “complete disaster” and maybe even a “hostile act.”

A US official told CNN that everyone must understand precisely how high the stakes are. According to The Wall Street Journal, this is the most significant reduction in OPEC+ output since April 2020, when the pandemic rocked the global economy and crippled the oil market.

Oil prices have recently begun to plummet after spiking at the start of the year, thanks partly to Russia’s invasion of Ukraine.

According to the article, Brent crude, the international standard for oil prices, has dropped below $83 for the first time since January.

However, following OPEC+’s decision, the price had already risen to more than $93 per barrel on Wednesday, according to OilPrice.com.

In response to the OPEC+ action, the administration stated that it would remove additional 10 million barrels from the Strategic Petroleum Reserve next month.

“In light of today’s action,” the Biden Administration declared, they will also work with Congress on additional tools and authority to decrease OPEC’s dominance over oil prices.

The OPEC+ decision not only means increased gas prices for Americans, which is a major setback for Democrats and the White House ahead of next month’s elections but is also perceived as a massive snub from the Middle East to the United States and the West.

The OPEC+ decision not only means increased gas prices for Americans but is also perceived as a significant snub from the Middle East to the United States and the West. Furthermore, the production cut is a piece of highly detrimental news for Democrats and the White House ahead of next month’s elections.

Just three months ago, Biden attempted to mend American relations in the area with a visit to Saudi Arabia. Still, according to the Wall Street Journal, Wednesday’s decision demonstrates that Saudi Arabia and the rest of the Gulf are more eager to play with Russia than with the West.

The OPEC+ production reduction will assist Moscow, whose oil production fell by around a million barrels per day following the invasion of Ukraine, by reducing its loss of market share.