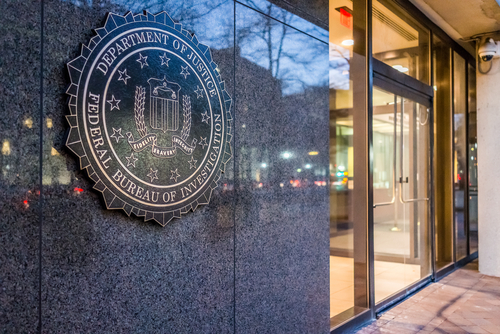 The feds have gathered enough evidence to charge Hunter Biden with tax evasion and make a false statement about his illegal gun purchase.

According to Hunter Biden, in December 2020, the United States Attorney’s Office in Delaware was investigating his tax affairs. He said that he takes this subject extremely seriously and is convinced that a competent and impartial investigation of these concerns will show that he conducted my business properly and appropriately, including with the assistance of experienced tax consultants.

CNN reported in July that the officials are also investigating whether Hunter Biden violated federal firearms restrictions. CNN website stated that a person with knowledge claim that prosecutors have reduced their emphasis to tax and gun-related allegations as the investigation nears completion.

Recently a new Washington Post article claims that the feds have enough evidence to indict Hunter Biden. When contacted for comment on their article using ‘anonymous sources,’ Hunter Biden’s lawyer Chris Clark lashed out at the Washington Post.

It is a federal crime for a federal agent to divulge material about a Grand Jury investigation such as this one, Chris Clark told the Washington Post in a written statement. Each agent you identify as a source in your piece has committed such a crime. The Department of Justice will hopefully investigate and prosecute such criminal offenders, advised Clark. He added that they think the prosecutors, in this case, are actively and completely considering not just the evidence presented by agents but also all other witnesses, including witnesses for the defense, as is necessary and legally required. Prosecutors are in charge of this and should not be pressed, rushed, or chastised for their duties.

The Washington Post article mentioned that according to persons familiar with the matter, federal officials investigating President Biden’s son Hunter had amassed enough evidence to prosecute him with tax evasion and making a false statement about a gun purchase. According to these sources, the next step is for the U.S. Attorney in Delaware, a Trump administration holdover, to determine whether to press such charges.

Agents decided months earlier that a viable criminal case against the younger Biden had been developed. However, prosecutors at the Justice Department, not agents, ultimately determine whether to file charges in situations where prosecutors feel the evidence is strong enough to lead to a conviction at trial.

Given the tremendous political interest in a criminal investigation involving the son of a sitting president, Attorney General Merrick Garland has stated that the matter is being overseen by U.S. Attorney David C. Weiss, who Trump nominated in late 2017.

According to those familiar with the situation, Garland has sworn that there will be no political or other unlawful involvement in the Hunter Biden case and has not attempted to pressure Weiss to make a decision. It is not unusual for Justice Department investigations to last years.

The Department of Justice is working on a plea agreement with Hunter Biden regarding his money laundering plan. Hunter’s numerous offenses involving drug and women trafficking, extortion, and accepting payments from foreign companies when his father was Vice President are likely to go unpunished