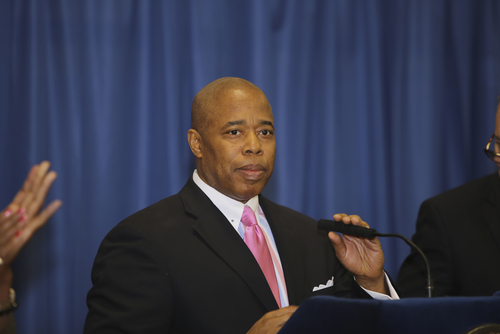 Texas Gov. Greg Abbott indicated he would continue to send migrants to New York City, despite Mayor Eric Adams’ proclamation of a state of emergency in response to the latest inflow.

New York City Mayor Eric Adams announced a state of emergency on Friday to assist in dealing with an influx of asylum seekers bused into the city from Texas, which is expected to have pushed the number of people in the city’s shelters to a record high.

According to prepared statements released by Adams’ office, New York City’s shelter system housed more than 61,000 people, over 20,000 of whom were children, including homeless New Yorkers and thousands of asylum seekers bused in from across the country. Not all of it is from bused migrants, and New York is dealing with a rental crisis that adds to the homeless population.

Adams also criticized the White House, where he had asked for assistance but had received none thus far. He remarked that this is a national issue that must be addressed at the border. Individuals should go where they need to, not simply to New York, Washington D.C., or Chicago. The country as a whole must accommodate the inflow of asylum seekers. The border crisis must be resolved at the border.

He announced a state of emergency on Friday, suspending several municipal land use restrictions to hasten the construction of new emergency shelter shelters. With the situation “eating up our city’s budget,” Adams issued a public request for assistance to the president and governor.

We did not request this, and no agreement was ever reached concerning assisting thousands of asylum seekers. As buses began arriving, this obligation was thrust upon us without notice.

Adams has openly appealed for political unity while his staff works behind the scenes to get additional money and assistance from Gov. Kathy Hochul and Biden, all while working out how to manage the logistical needs of the city’s newcomers.

Adams explained that this humanitarian catastrophe began with violence and instability in South America and is being exacerbated by American political processes.

Since April, more than 17,000 asylum seekers have been bused directly to the city from the southern border, according to Adams.

The vast majority are adults who cannot work legally in this nation. Many of the households have school-aged children. Some people are in severe need of significant medical attention, Adams remarked.

Adam said they would do what they must in New York, but they needed help dealing with this problem. Adams is requesting federal and state assistance. On Friday, he also urged Congress to adopt legislation shortening the necessary waiting period for work permits for migrants.

The mayor also chastised Abbott for using the immigration crisis as a “political playbook.”

Abbott has spent more than $14 million transferring over 10,000 migrants to self-proclaimed sanctuary cities such as Washington, D.C., New York, and Chicago in response to an influx of migrants at the Texas border. Muriel Bowser, the mayor of Washington, has also proclaimed a public health emergency.

El Paso, where migrants are coming in more significant numbers, has also booked buses to New York and Chicago. Adams allegedly ordered El Paso’s leaders to cease their protests at a news conference on Friday morning in New York.

Abbott’s plan may be working because, according to Adams, it is a “National problem,”  and the U.S. must address it as a nation.   Of course, Adams is being ignored by the Biden administration too.