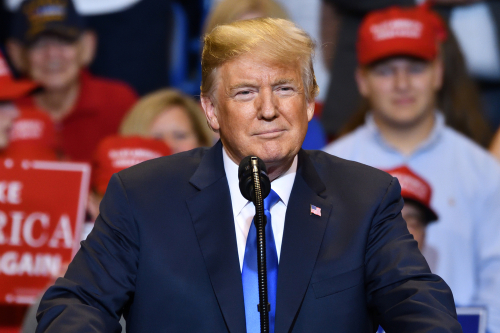 An FBI officer testified Tuesday that the FBI offered ex-British intelligence agent Christopher Steele one million to substantiate lurid charges in his dossier about Donald Trump and members of his 2016 campaign, but he was unable to do so.

FBI supervisory counterintelligence analyst Brian Auten testified as the first witness in the prosecution of Igor Danchenko, a Russian national who acted as the primary source for Steele’s anti-Trump dossier and faces five charges of lying to the FBI.

Auten stated that he and a group of FBI agents traveled to the United Kingdom in early October 2021 to meet with Steele regarding the dossier. During questioning by Special Counsel John Durham on Tuesday, Auten stated that the FBI promised Steele $1 million if he could substantiate charges in the dossier during those encounters. Steele, according to Auten, was unable to do so.

Auten also stated that the FBI had no evidence to back up the charges in the dossier but used that information to obtain a Foreign Intelligence Surveillance Act (FISA) order to spy on former Trump campaign staffer Carter Page.

Did you have any information to verify that information on October 21, 2016 (the date of the Carter Page FISA application)? Durham inquired.

“No,” Auten said, revealing that the FBI began receiving Steele’s findings, subsequently known as the dossier, on September 19, 2016, and filed its first FISA application on Page on October 21, 2016.

On September 19, 2016, then-Clinton campaign lawyer Michael Sussmann brought white papers to a meeting with then-FBI General Counsel James Baker at FBI headquarters. He alleges that Trump’s Organization communicated with Alfa Bank, a Kremlin-linked bank, through a secret back channel before the election.

Sussmann was found not guilty in June of giving a false statement to the FBI. Sussmann reportedly provided the material to Baker on September 19, 2016, claiming that he was not performing work for a client and was instead delivering the data as a citizen worried about national security. Sussmann was a Clinton campaign lawyer at the time.

Meanwhile, Auten stated that the FBI contacted other intelligence agencies to see if they could corroborate information contained in the dossier, which was commissioned by opposition research firm Fusion GPS and paid for by the Hillary Clinton campaign and the Democratic National Committee via the law firm Perkins Coie.

Under questioning from Durham, Auten repeatedly conceded that the FBI never obtained confirmation of the information in the Steele dossier but emphasized that it was utilized in the first FISA application and the three subsequent renewals.

Judge Raymond Dearie sat on the Foreign Intelligence Surveillance Court at the time and signed off on the final order to surveil Page. Dearie is the special master presently evaluating data obtained by the FBI in its historic raid on former President Trump’s Mar-a-Lago property.

In 2020, the Justice Department conceded that the FISA warrants used to monitor Page, stripped of the FBI’s disinformation, did not meet the legal bar and should never have been obtained.

Auten also testified on Tuesday that the FBI contemplated submitting FISA petitions against Trump campaign foreign policy adviser George Papadopoulos but did not do so.

In his role as a foreign policy adviser to Trump’s campaign in March 2016, Papadopoulos spoke with Maltese professor Joseph Mifsud in London, who assured him that the Russians had dirt in the form of emails that may harm Clinton’s presidential campaign.

The fresh information was subsequently sent to Australian ambassador Alexander Downer by Papadopoulos. Downer informed the FBI about Papadopoulos’ remarks.

However, while abroad, Papadopoulos did not just meet with Mifsud and Downer. He met with Stefan Halper, a Cambridge professor and veteran FBI agent, and his female colleague, Azra Turk. According to Papadopoulos, he saw Turk three times in London: once over drinks, once over dinner, and once with Halper.

In 2019, Papadopoulos informed Fox News that he was always suspicious of being taped. It is unknown which of these individuals, if any, may have taped talks with Papadopoulos.

However, Papadopoulos’ abroad encounters reappeared in 2019 as part of Durham’s inquiry into the beginnings of the Trump-Russia investigation, according to Fox News at the time.

Meanwhile, Mueller’s probe found no evidence of criminal collusion or coordination between the Trump campaign and Russian officials during the 2016 presidential election.

Auten testified on the opening day of the second trial stemming from Durham’s years-long investigation.

Danchenko faces five charges of giving false statements to the FBI. The accusations derive from comments Danchenko made to the FBI about the sources he utilized in supplying information to a British investigation firm about the dossier.

Last year, Danchenko pled not guilty to lying to Steele about the source of material he gave for the dossier, which featured lurid and now-debunked charges about former President Donald Trump.