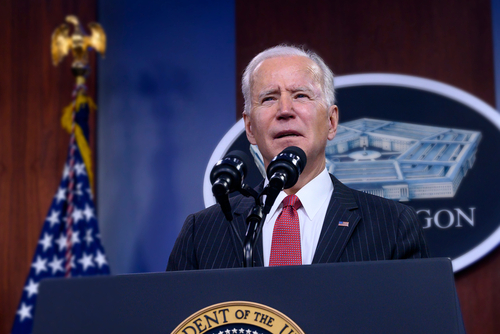 An economic advisor to President Biden has proposed a definition of recession and stated that important sectors “have not been flashing red.” He claims to believe that the United States is not experiencing a recession.

Jared Bernstein, an economic adviser to the White House, responded to questions about the possibility of a recession on Sunday. He assured the American people that the administration of President Joe Biden is doing everything possible to increase the energy supply and drive down consumer prices.

According to an interview aired on “Fox News Sunday,” Bernstein discussed a recession and took a moment to mention a $1.4 trillion deficit reduction this fiscal year. Still, the host, Shannon Bream, pointed out that the number is derived from coming off the massive COVID spending.

However, Bernstein stated that it is not up to the White House to declare a recession. Bream mentioned that the generally accepted definition of a recession is two consecutive quarters of negative activity.

Bernstein said we would look at the following variables, which happen to be the same ones that he was recently talking about, retail sales, payroll, employment, consumer spending, and industrial production. According to him, all of those have not been flashing red, and none are in recessionary territory. Now, if you’re asking him to look around a corner and say where the economy will be, he said that everybody’s crystal ball is a bit cracked right now. According to Bernstein, there is a lot of uncertainty out there, and he believes it makes it difficult to predict.

Bernstein recognized that consumer costs increased to a point where “family budgets are pinched,” but he stated that the price of petrol was down by 5% and that the price of gas reduced by around a third in the third quarter of this year after reaching its high price of $5 per gallon.

Bernstein attributes this change to President Biden’s decision to release oil from the nation’s strategic reserves. According to Bernstein, there are now 14 states in which the price of gas is $3.50 or less.