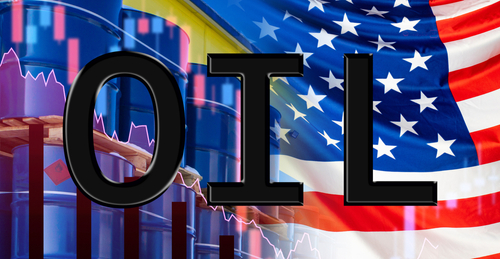 President Biden stated on Wednesday that he would continue to utilize emergency oil stocks to mitigate fresh shocks to global oil markets, despite claims by oil industry organizations that President Biden’s measures will exacerbate shortages.

Biden revealed in a speech at the White House that he had already instructed the Energy Department to proceed with the sale of the remaining 15 million of the 180 million barrels of U.S. crude oil. In March, he authorized the sale of the Strategic Petroleum Reserve. The sales will occur in December, according to Biden.

Biden said he is prepared to allow more sales from the reserve if necessary. Biden stated that he had instructed his energy staff to be prepared to make swift judgments in supply problems.

Biden stated that when markets are unstable due to the actions of other nations, he will continue to stabilize them and reduce prices. He referred to this as a “ready-to-go” strategy. That helps us to respond swiftly to world developments and avert oil price rises.

They said that the President does just what is politically expedient rather than implementing policies that would contribute to long-term growth in investment and output.

In answer to a reporter’s inquiry, Biden stated that his sole purpose is to guarantee sufficient oil supply to fulfill the nation’s gasoline demand.

He stated, “It’s not politically motivated at all.”

Fueled by rising oil prices, inflation has become a major factor in voter mistrust against Democrats, threatening to oust Biden’s party from power in Congress following the midterm elections on November 8.

The Strategic Petroleum Reserve (SPR) is intended to safeguard customers against emergency supply shortages, not politicians, in an election year, said Jeff Eshelman, President of the Independent Petroleum Association of America. Mr. Eshelman, whose organization represents thousands of typically smaller and midsize exploration and production companies, stated that the SPR release is, at best, a “short-term fix for prices.” It not only reduces our ability to protect ourselves in the event of a future emergency, but it also increases America’s reliance on the politically unstable countries that currently provide the majority of our oil, he added.

Biden, who was flanked by Energy Secretary Jennifer Granholm and the State Department’s energy envoy, Amos Hochstein, also echoed previous administration defenses of its energy policies, stating that the country must continue to accelerate its transition to cleaner energy to reduce harmful greenhouse gas emissions and combat climate change.

While the government has urged oil corporations to drill more shortly, it has been hesitant to approve the sale of more federal property for oil extraction. According to a Wall Street Journal analysis of government data, the rate of new oil leases has slowed substantially under Mr. Biden.

Mr. Biden also cited the industry’s record earnings and huge margins, arguing that oil corporations should pass on more money to customers through cheaper pricing. If retailers and refiners were generating historically average margins, he stated that retail gasoline prices would be 60 cents per gallon lower, and he challenged the industry to reduce pump prices by the same amount as crude futures have declined.

His advice to American energy firms is that they should not use their earnings to repurchase shares or pay dividends at this time. Not while a war rages, stated Mr. Biden. These record-breaking revenues should be used to enhance production and refining. Invest for the American people in the United States. Reduce the price at the pump to reflect the actual cost of the product.

Biden assumed office during a period of relatively low oil prices. Since Russia invaded Ukraine, however, Washington and its European allies have struggled to manage the world’s energy export dependence on Russia. Multiple attempts have been made to undermine Russia’s capacity to profit from exports without threatening supply shortages. While their actions have frequently stabilized markets, skyrocketing consumer costs have fueled voter discontent and contributed to the overthrow of governments.

Mr. Biden has focused on domestic sales. The Strategic Petroleum Reserve is the greatest emergency reserve in the world. According to analysts, it had helped to reduce prices, with U.S. oil futures down about 20% since March, when he announced large releases. After reaching record highs in May, retail gasoline prices have fallen significantly and practically continuously in the subsequent months.

However, gasoline and retail diesel prices have risen again in recent weeks, and industry lobbyists believe this is a warning of impending difficulty for consumers. Even though U.S. authorities intended their reserve releases to be a stopgap while producers ramped up, data collected seven months later indicates that output growth is less than anticipated.

In addition to the anticipated OPEC cuts, U.S. output in the spring and summer came in barely below 12 million barrels per day, according to Agency for Energy Information. Since then, the EIA has reduced its projections for next year’s U.S. and worldwide output.

Wednesday, trade organizations faulted Biden’s policies for this lackluster growth. In addition, some researchers claim that the SPR might exacerbate future issues. Analysts at Sanford C. Bernstein stated in a letter to clients on Friday that prices are expected to remain near $90 per barrel through the end of the year; he warned that oil may spike in 2023.

According to Neil Beveridge, the firm’s senior energy analyst, reductions from OPEC and Russia and a potentially increased demand from China as its economy recovers from pandemic lockdowns will bring fresh oil supply shortages. His team predicts that this might cause crude oil prices to return to $120 per barrel by the end of 2023.

Mr. Beveridge stated in an interview that’s when you need the SPR most. And if the SPR is half depleted, it might result in a larger price increase.