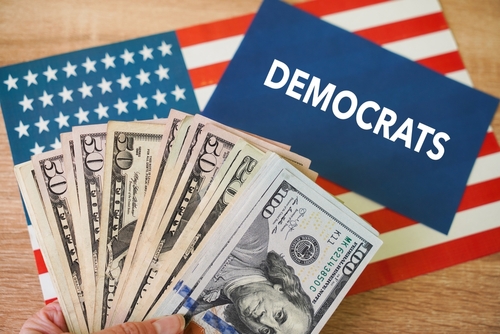 There are concerns about a possible shift in U.S. backing of Ukraine after the midterm elections, as a growing number of  Republicans are wary of supporting Ukraine indefinitely. During the lame-duck session, lawmakers are considering a plan to lock in Ukraine assistance.

According to congressional aides, U.S. lawmakers are weighing plans to pass a multibillion-dollar aid package for Ukraine before the end of the year. The talk of the new aid package is because of fears among Democrats and some Republicans that a new and potentially Republican-controlled Congress would be less supportive of such assistance.

The negotiations, which have not yet produced a clear legislative plan, aim to include possibly tens of billions in Ukraine aid in a must-pass, year-end government budget package, assuring Kyiv of continued military and economic help until 2023, according to aides. The deadline for Congress to finance the government and avert a shutdown is December 16.

According to some polls, House Republican leader Rep. Kevin McCarthy, who would be House majority leader if Republicans win control of the chamber, stated on Tuesday that Congress would not “give a blank check to Ukraine” under GOP rule. McCarthy’s words echoed the anxiety of certain Republican legislators and their electoral base about Ukraine funding.

This year, the United States has authorized more than $65 billion in assistance for Ukraine, including roughly $18 billion in military aid since Russia’s incursion on February 24.

Aid has had bipartisan backing, but there are indications that the agreement is splitting without a resolution to the war and a rise in inflation and other domestic issues. In May, when Congress enacted a $40 billion Ukraine aid package, 57 Republicans in the House and 11 Republicans in the Senate voted against it.

Some prominent Republicans, such as former Vice President Mike Pence, have indirectly condemned Mr. McCarthy’s statements. Without identifying his House counterpart, Senate Republican leader Mitch McConnell stated on Friday that a Republican majority in the Senate would focus its scrutiny on assuring prompt delivery of essential weaponry and increased partner support to Ukraine. Mr. McConnell stated that Kyiv requires stronger air defense, long-range missiles, and humanitarian and economic aid for the next winter, and he blamed President Biden for not accelerating the delivery of assistance.

After the midterm elections on November 8, it is uncertain if parliamentarians will be able to produce a budget plan for the federal government that contains cash for Ukraine. The Biden administration has not formally requested further aid. The House and Senate are now discussing the fiscal year 2023 military budget plan, which is anticipated to include around $1 billion in new funding.

According to one congressional staffer, if Republicans win the majority in one or both houses, the Democratic president would have the motivation to attempt to lock in policy on Ukraine and a variety of other problems in an omnibus measure during a lame-duck session. The insider said that pro-Ukraine Republicans saw such a resolution as a means of pressuring the White House to expedite aid deployment and clarify its endgame in the Ukraine-Russia crisis.

Rep. Mike Quigley, a Democrat on the House Intelligence Committee, condemned McCarthy’s statements and reminded him of isolationists who opposed the United States’ participation in World War II.

Mr. Quigley, who has Ukrainian-American constituents in his Chicago district and has consistently supported the Kyiv administration, said he is more concerned about how November’s election would affect U.S. political support for Ukraine than military developments.