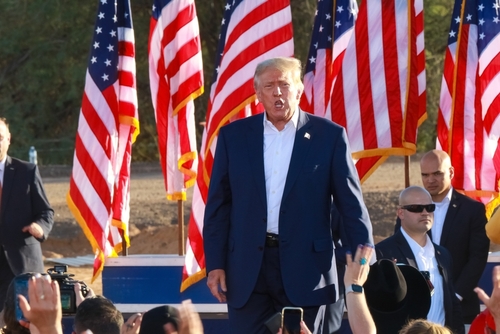 Elon Musk, CEO of Tesla, is closer than ever to finishing his agreement to acquire Twitter. Musk made waves earlier this month when he declared plans to continue with his attempt to acquire Twitter. As the takeover bid nears conclusion, barring any unexpected events, reports are already circulating that former President Donald Trump may have his old Twitter account reinstated.

Since then, there has been much talk that Trump may return to the site where he had about 90 million followers. In recent months, however, Trump has stated that he does not intend to return to the Twitter platform, even if Musk offers him the chance to do so, and that he intends to remain on his network, Truth Social.

But it hasn’t prevented rumors from spreading that Trump may return to Twitter owing to the allure of being able to reach millions more users and that it may even occur before the November elections.

In a drama that has spanned the all of 2022, Tesla/SpaceX CEO and the world’s richest person Elon Musk has resurrected his $44 billion bid to acquire social media behemoth Twitter. If he meets at least one of his previous promises, former President Donald Trump may return to the network. Musk has referred to himself as a “free-speech absolutist” and has been quite critical of Twitter’s content moderation procedures. Musk stated in May that he was likely to overturn the permanent ban on Trump days after the violence at the U.S. Capitol on January 6, 2021. At the time, Twitter identified two Trump posts that resulted in the lifetime ban, stated Deseret News.

When the pro-Trump crowd entered the Capitol Building on January 6, the certification of Joe Biden as President-elect by Congress was effectively obstructed. Later, Twitter blocked the President’s account because he “repeatedly violated our Civic Integrity guideline,” and Twitter prevented him from tweeting for 12 hours.

Two days after a pro-Trump mob stormed the U.S. Capitol Building on January 6, leaving five dead, including a police officer, Twitter revealed its intention to ban the President. Twitter said that it has permanently banned the @realDonaldTrump account due to the potential of additional incitement to violence.

Following January 6, the President assured his followers that they would continue to have a “GIANT VOICE” without insults or unfair treatment. Twitter believed his fans might see these remarks as proof that the election was illegitimate and that he admires his supporters for performing violent crimes at the U.S. Capitol in his name. Following those remarks, Twitter banned him.