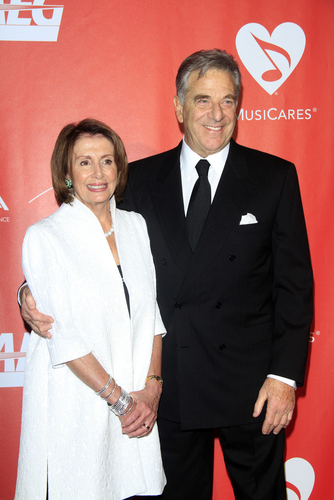 The assault on 82-year-old Paul Pelosi at the home of one of the country’s most influential legislators sent a shock wave through Washington, which was already on edge due to an increasingly polarized electorate. As a result, candidates were urged to tone down their rhetoric.

Rep. Bill Pascrell, Jr., a Democrat from New Jersey, stated that the attack on Paul Pelosi, the husband of Rep. Nancy Pelosi, on Friday morning is the direct result of “numerous Republicans’ Big Lies.” Pacell, Jr. said in a statement that he condemned the attempted assassination of Paul Pelosi and joined his family in praying for his recovery. He added that this is not the time for timidity. Let’s be direct. Today’s violence directly results from the Big Lies that numerous Republicans and Republican propaganda organizations have told about Democrats and American democracy. Pascrell, Jr. asserted that the assassination attempt should never have occurred.

This individual’s history demonstrates that he has been stirred, prompted, and persuaded by those who attempt to divide us. Turn on conservative media at any time of day or night. You will watch “frothing hosts shrieking unspeakable lies” and unsubstantiated conspiracy theories about women, religious and ethnic minorities, city inhabitants, young people, and many other Americans. It is hardly surprising that certain individuals get radicalized to perpetrate horrible atrocities against their imagined opponents. He added that terrorism is on the rise and affects every community in the United States.

Christy Smith, a Democrat, running against California Republican Rep. Mike Garcia, tweeted on Friday that he owes Pelosi’s family an apology. According to Smith, she is calling it what it is. Extremist “radicalization and violence” are directly attributable to individuals like my opponent, Mike Garcia, Smith said in a Friday afternoon tweet. She added, Mike, you owe an apology to Mr. Pelosi and his family. The citizens of our country deserve better than your contemptible degeneracy.

David DePape, 42, was charged with attempted murder, assault with a deadly weapon, elder abuse, burglary, and other offenses about the attack that occurred around 2:00 a.m., according to San Francisco Police Chief William Scott.

Drew Hammill, a spokesperson for Mrs. Pelosi, stated that the assailant threatened Mr. Pelosi’s life while demanding to see the out-of-town speaker. An individual familiar with the situation said Mr. Pelosi informed Mr. DePape he needed to visit the restroom before dialing 911 from a phone charging there.

According to San Francisco Police Chief Bill Scott, officers were alerted at 2:27 a.m., and he offered some details about the assault during Friday news conferences. Chief Scott noted that Mr. Pelosi did not mention the threat when he contacted 911, and the operator thought something else was “going on.”

Chief Scott stated that upon the arrival of three police officers, the attacker and Mr. Pelosi were vying for control of a single hammer. The assailant dislodged the hammer and viciously attacked Mr. Pelosi with it.

According to Drew Hammill, Nancy Pelosi’s spokesman, Paul Pelosi is on the road to recovery following successful surgery on a fractured skull. Pelosi was hospitalized after the incident but is expected to recover fully. In addition, he sustained severe injuries to his left arm and both hands.
Hammill stated that DePape demanded to see Paul Pelosi’s wife while threatening his life.

The San Francisco Police Department, and several federal agencies, including the Federal Bureau of Investigation, are investigating the attack.

According to the chief, Mr. DePape will be placed in the San Francisco County Jail on charges of attempted murder, assault with a deadly weapon, elder abuse, burglary, and several other offenses.

He stated that the motive was still under investigation. FBI and Capitol Police officers assisted.