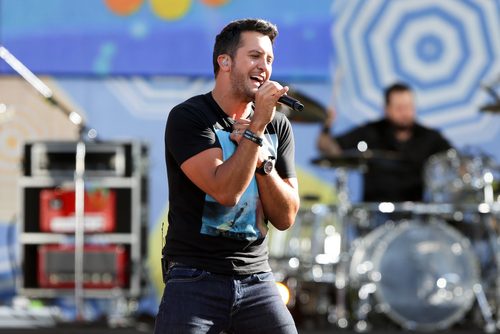 It ought to go without saying that there are some things that take precedence above politics. For example, all Americans should be able to conclude that Hurricane Ian was a tragic event and that whatever assistance can be offered to those affected by it should be given.

Unfortunately, it appears that liberals would rather those victims continue to suffer if aid is connected in any way to Ron DeSantis, the controversial governor of Florida.

Just take a look at how they reacted when DeSantis praised country music star Luke Bryan for inviting him onstage during the event that Bryan was performing on Friday in Jacksonville.

Comments on Twitter by left-loving Democrats range from it is “disgusting” and upsetting that Bryan would bring DeSantis onstage to raise awareness for those affected by Hurricane Ian. What? They also added that the move was a political move because the midterm elections were two weeks away. Never mind that the Democrats have already thrown in the towel (as evidenced by their lack of financial support for Charlie Crist) and that DeSantis is expected to win by a landslide.

Bryan, who was obviously sick and tired of the senseless criticisms in his direction, published a statement on Twitter.

Bryan explained the situation in his writing that he generally doesn’t respond to stuff when he is getting beat down on a social platform, but here’s the deal. He stated that he is aware that Governor Desantis is a very polarizing figure.”

In the year 2022, practically any politician may be seen as “polarizing,” thus the country star’s statement is accurate in that regard. Bryan said he was raised in a country where if a governor asks if he can come and raise awareness to help victims of Hurricane Ian, you say yes. He stated that throughout his career, he has, for the most part, avoided getting involved in politics.

In this regard, Bryan is absolutely right. In most cases, you will hear Bryan talking about taking care of the children of his deceased sister or physically giving his shoes to someone in need, as opposed to hearing anything political from him.

Bryan stated, “I knew people would chatter about this.” For him, the important thing was if he was going to come back there a few weeks after a large portion of people had been affected by a natural disaster in a state where people have been kind to him,  doing this felt right, he said.

Bryan concluded his message by essentially encouraging his opponents to go outdoors and touch the grass, which is great advice if you have enough time to complain about raising awareness for storm victims. Bryan’s speech was intended to raise awareness for hurricane victims.

Bryan added that this was the last thing he would have to say about this. He and his boys will be playing outside. He told his viewers to enjoy their Sunday and advised them to text the word “disaster” to the number 20222 to show their support for those who experienced the disaster that was Hurricane Ian. It’s possible that Bryan’s response wasn’t even required. Although there will always be a fraction of social media users who are highly noisy and will complain about anything under the sun, the reaction of the crowd that was actually there at the event spoke literal and figurative volumes; people were not booing but cheering instead. DeSantis enjoys widespread support in his home st