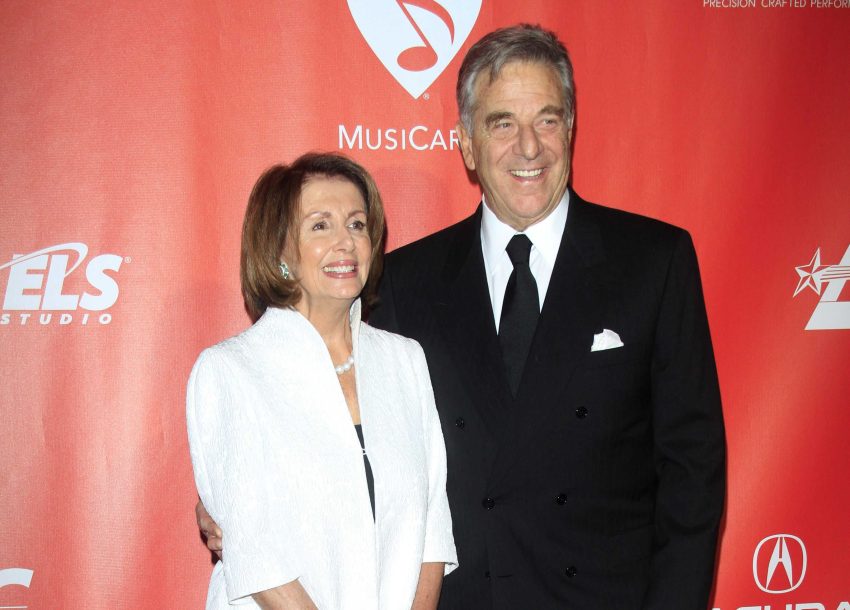 According to a report released Monday, Paul Pelosi, the husband of House Speaker Nancy Pelosi, was assaulted at home by an illegal immigrant.

Police have arrested David DePape. According to court documents charging him with federal offenses in connection with the incident, DePape told the police he went to Nancy Pelosi’s San Francisco house to kidnap the House Speaker and “break her knee caps.” His break-in has sparked worries of politically motivated violence ahead of the midterm elections.

According to Fox News writer Bill Melugin, who cited a source with US Immigration and Customs Enforcement, David DePape is in the country unlawfully. According to Melugin, the source portrayed DePape as a “longtime” visa overstayer.

Other news articles are circulating that DePape was a nudist (hence why he was found in his underwear), jobless, and an active marijuana smoker. Definitely not your typical Republican. Of course, he is not a Republican, despite what many Democrats like Hillary Clinton and Joe Biden would have you believe. DePape is, ironically, an illegal migrant.

In conversations with CNN, DePape’s relatives stated he grew up in British Columbia before coming to California decades ago. San Francisco police said they found DePape, 42, in the Pelosi house early Friday morning, fighting with Paul Pelosi, 82, over a hammer.

In connection with the break-in, federal prosecutors accused David DePape, 42, of assault and attempted kidnapping, saying in court filings that the assailant carried a roll of tape, white rope, zip ties, two hammers, and a diary.

They said the man grabbed Pelosi’s hammer and aggressively struck him with it. Following the event, both men were taken to the hospital.

DePape went looking for Nancy Pelosi personally, asking, “Where is Nancy?” after confronting him in their home’s bedroom. Nancy was not present; she was not even in California at the time.

There was no security at the Pelosi residence, and he was able to gain entry into the home by breaking the window of a glass door, according to San Francisco District Attorney Brooke Jenkins on Monday.

According to KRON-TV in San Francisco, DePape belongs to a nudist activist group in the city’s Castro area. A blog under his name reveals views on several far-fetched online conspiracy theories from both the right and left. He was a habitual drug user and appeared to have mental health problems, according to several of DePape’s neighbors.

DePape has been charged with federal crimes in connection with the attack on Pelosi. A federal criminal complaint accuses the suspect of attempting to abduct a government official and assaulting a federal official’s direct family member. Critics of California’s “sanctuary state” regulations pointed to DePape’s immigration status as proof that such policies fail.

According to a news statement from the speaker’s office, Paul Pelosi was seriously injured in the incident but is expected to survive.

The court records do not specify what specific grievance Mr. DePape had against Mrs. Pelosi, if any. Still, the federal criminal paperwork filed on Monday provides the most complete picture of the attack on Mr. Pelosi so far.

The attack left Paul Pelosi, 82, with skull fractures and other critical injuries and raised concerns among members of Congress.

As the attack was on a high-profile Democrat, maybe Biden will reconsider the wall and his immigration policy.