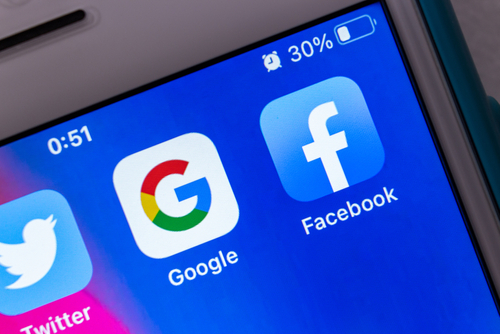 According to a report by The Intercept, social media firms effectively handed government authorities the capacity to censor and repress speech to combat “misinformation.”  They did this by granting them direct access to flag content and an open contact channel with senior executives.

The news organization discovered that the brief-lived Disinformation Governance Board was not the first attempt by the Biden administration to control political speech and posts that went counter to their favored narratives.

According to stolen documents, meeting minutes, and a lawsuit filed by two Republican attorney generals obtained by The Intercept, high-ranking Biden administration officials collaborated with Big Tech to restrict content that the government believed to be disinformation.

According to a presentation acquired by The Intercept, Facebook went so far as to create a gateway for the Department of Homeland Security and government partners to submit “disinformation” directly to the corporation.

A government or law enforcement email address was necessary to access the backdoor site.

When asked why the “content request mechanism” at facebook.com/xtakedowns/login is still operational, both DHS and Meta, Facebook’s parent company, declined to answer.

According to emails and documents from the news organization, DHS worked closely with social media businesses.

In a federal lawsuit filed by Missouri Attorney General Eric Schmitt  (R-MO) and Jeff Landry (R-LA) over the claims that social media companies and the government collaborated, this was illustrated in various emails that were obtained. To censor or suppress speech, the emails reveal what appears to be coordination between dozens of federal administration officials and social media executives regarding how to handle information about COVID-19 and a variety of other content.

According to Schmitt and Landry, the findings indicate that the Censorship Enterprise is extraordinarily expansive.

The most recent instance of Democratic sabotage was clearly on show when Elon Musk took over Twitter. On Monday, Mark Finchem, the Republican candidate for Arizona Secretary of State, stated that his Twitter account was blocked, and Finchem could not post to his account. The candidate account was reinstated after new owner Elon Musk stated he was “investigating” the event.

Former Donald Trump aide Jenna Ellis tweeted to Elon Musk that Finchem’s account was placed in “read-only mode,” meaning his timeline is still viewable, but he cannot tweet or like things. This was implemented one week before the election is telling.

Musk answered that he was “looking into” the ban, and Finchem’s account was reinstated within an hour.