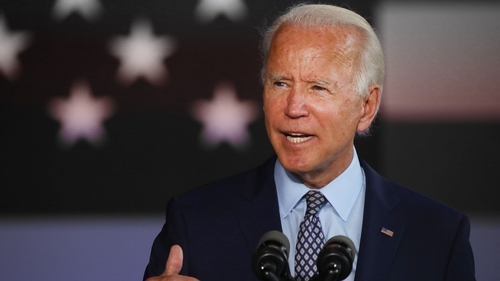 President Biden’s speech on Wednesday night was mocked by prominent Republicans, with some labeling it the “most divisive” address ever delivered by a commander-in-chief.

Others in the GOP believed that Biden’s statements, in which he criticized “extreme MAGA Republicans” and requested that American voters vote for Democrats in the November 8 midterm elections to “preserve democracy,” were an attempt to shift attention away from the administration’s failing policies.

House Minority Leader Kevin McCarthy (R-CA) told Fox News’s Sean Hannity on Wednesday that he listened to the president’s speech. He did not recall hearing anything about inflation, gas, the border, fentanyl, nor even the 98 individuals on the terrorist watchlist that they had apprehended.

In response to Biden’s address, McCarthy remarked on Twitter that President Biden is attempting to divide and distract at a time when America needs to unify – because he can’t speak about his policies that have driven up the cost of living. “The American people aren’t buying it,” he said.

Sen. Marsha Blackburn (R-TN) tweeted that Americans facing economic hardship did not want to hear another Biden address because of Biden’s socialist spending spree; Americans are fighting to put food on the table. They have no desire to listen to Biden rambling on about stuff that does not matter to them.

Joe Biden’s address today was one of the most polarizing speeches ever delivered by a sitting President, said Brigitte Gabriel, head of the conservative grassroots organization ACT for America.

Biden made the most “DIVISIVE” speech in American history two months ago, and today, he outdid himself once again, tweeted Rep. Ronny Jackson (R-TX).

On November 8, Biden will be served with a bunch of Democracy. Democrats will be “SWEPT OUT OF POWER.” “MAGA is going to win BIG” on Tuesday, Jackson, who worked as previous Presidents Barack Obama and Donald Trump’s White House doctor, said.

Biden began his address by condemning political violence, recalling the heinous hammer attack on House Speaker Nancy Pelosi’s husband last week. However, he did not cite threats made against conservative public figures, such as Supreme Court Justice Brett Kavanaugh, as conservative radio talk show host Buck Sexton did on Wednesday.

Biden is concerned about ‘political violence,’ Sexton stated. Biden mentioned the attack on Pelosi but failed to address the attempted assassination of Supreme Court Justice Brett Kavanaugh. Why did he fail to mention the assassination? This isn’t a speech about healing or unity. “Quite the opposite,” Sexton tweeted.

Hamid added that early reports from his democratic pals indicate that Biden’s address was a flop.

This isn’t the end of the world, but it’s not good either. In his study of Biden’s words, the researcher stated that his “speech was an escalation.” And there was no reason to do it in the run-up to an election when things were already heated.

Others speculated that it was an attempt to divert attention away from the administration’s unsuccessful programs.