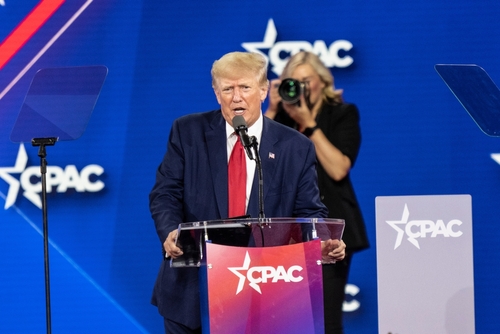 Former President Donald Trump is expected to declare a White House re-election candidacy before the end of November, according to sources familiar with the matter, putting him at the focus of attention as Republicans seek to capitalize on momentum ahead of Tuesday’s midterm elections.

Mr. Trump said Thursday night at a rally in Iowa, one of four events he is doing before Tuesday, he would very likely do it again to make our nation prosperous, secure, and wonderful. “Get ready; that’s all I’m telling you. Very soon. Get ready.”

In recent months, Mr. Trump has hinted at the prospect of a second presidential run and pondered announcing it during the summer. However, he was dissuaded by his advisors, who warned that he would become a diversion for the Republicans in an otherwise favorable political situation.

The precise date is still up for dispute among his advisors. Two years after his loss to President Biden, Mr. Trump remains the undisputed head of the Republican Party, and he has moved to increase his power by endorsing dozens of candidates in the midterm elections, some of which have angered other party leaders. If Republicans perform well in their attempts to control Congress on Tuesday, Mr. Trump may feel particularly confident about his prospects.

John McLaughlin, a pollster for Trump, stated he doesn’t believe there’s any doubt—his nomination is up for grabs. The base of the Republican Party has not moved on from Trump, and in retrospect, he appears better and better to those voters every day.

Some Republicans have been hoping that 76-year-old Donald Trump will not run for president. They wished to move on from his turbulent personal style, which inspired Democrats to use any means to stop him and alienated many independents and moderate Republicans. Mr. Trump is preoccupied with the 2020 race and is embroiled in many legal entanglements.

The question of whether he is beneficial to the party was answered in 2018 and 2020, said Republican strategist Mike DuHaime, alluding to the party’s election defeats during Mr. Trump’s presidency. Even though there is no shame in losing a presidential election, he is eager to prove he is not a loser.

As the former president and his unsubstantiated charges of election fraud continued in the news, some Republicans blamed Mr. Trump for the GOP’s defeats in two 2021 runoff elections in Georgia, which delivered Senate control to Democrats. This might occur again this year in Georgia, where a tight race between Democratic Sen. Raphael Warnock and Trump-backed Republican Herschel Walker could lead to a runoff on December 6.

Kevin McLaughlin, who served as executive director of the Senate GOP campaign arm in 2020, stated he had hoped that Trump would evaluate the circumstances and make the greatest option for the party as a whole. There is plenty of time to announce the Georgia runoff, and doing so now would be too early.

A declaration may complicate Mr. Trump’s inquiries, including the Justice Department’s criminal inquiry into the sensitive federal records he retained at Mar-a-Lago. Some Republicans question if Mr. Trump’s official participation in the election will reduce the likelihood that prosecutors will seek charges against him.

Indict a presidential candidate? Scott Reed, a Republican strategist, advised, You’d better have the goods. We are currently sailing in unexplored waters.

His advisors deny that the probes play a role in his decision-making, considering he has long discussed running for president. Still, they provide him with an additional line of attack against Mr. Biden. Mar-a-Lago was raided. “Can you believe it?” Mr. Trump remarked on Thursday in Iowa to boos.

Since leaving office, Mr. Trump has tirelessly solicited money. His Save America committee had around $70 million in cash in October.

He just established a new political action organization named Make America Great Again Inc., which Save America seeded with $20 million. Much of it has been spent on Senate campaign advertisements. Mr. Trump could transfer additional funds to MAGA Inc., which is subject to fewer limitations and might be used to advance his campaign objectives.

Mr. Trump has started putting together a potential campaign staff. Taylor Budowich, Mr. Trump’s communications director, serves as executive director of MAGA Inc., along with Tony Fabrizio, a pollster, and Chris LaCivita, a strategist who led a pro-Trump PAC in 2020 that the late GOP billionaire Sheldon Adelson sponsored.

Susie Wiles, who directed Mr. Trump’s successful campaigns in Florida in 2016 and 2020, is expected to play a significant role in any campaign.

Mr. Trump’s allies believe a prompt declaration will discourage other Republicans interested in running for president in 2024, but they do not expect to empty the field. The major challenger is Florida Governor Ron DeSantis, seeking a landslide victory for a second term on Tuesday but has not committed to serving for all four years.

While Mr. Trump maintains a commanding lead in possible 2024 GOP primary polls, Mr. DeSantis, who has gained a national name by opposing the Biden administration on Covid-19 policy and companies like Walt Disney Co. on cultural concerns, is ranked second in hypothetical polls. There is already a low level of tension between the two, and both sides anticipate it will soon escalate into an open battle.

Since Mr. Trump departed from office, several surveys have suggested a drop in the GOP’s allegiance to him, encouraging competitors to enter early-voting states.

If Mr. Trump cannot have the Republican primary field to himself, his strategists would prefer that a wider number of candidates run, as they believe it will dilute support for the other candidates. At the same time, Mr. Trump keeps his core support base. Other possible candidates include former Vice President Mike Pence, former Secretary of State Mike Pompeo, former United Nations Ambassador Nikki Haley, and Virginia Governor Glenn Youngkin.

According to advisers, Mr. Trump has become sure he can defeat Mr. Biden and has been more serious about the notion amid the messy exit of the present government from Afghanistan in the summer of 2021. Mr. Biden, who turns 80 this month, has been hurt by this incident and his management of Covid-19, high fuel costs, and ongoing inflation. His party is now questioning whether he is best equipped to run again.

The president has suggested he would run for re-election and believes he can defeat Mr. Trump again. After first refusing to use his predecessor’s name, Mr. Biden now does so frequently, implicating him in a threat to democracy, according to him. Jim Manley, a Democratic strategist, remarked Biden is outraged at how vulgar Trump is and how eager he is to breach the conventions that govern our politics.

The most recent Journal survey, taken in late October, revealed that a hypothetical rematch between Biden and Trump in 2024 would be a tie, with each man receiving 46% of the vote. Mr. Biden led by six percentage points in August. While Mr. Biden’s approval rating fell from 45% to 43%, people had a more favorable opinion of Mr. Trump’s performance as president, 49%, up from 44% in the previous survey.

Another early indicator is the 2020 abandonment of Donald Trump by white suburban women. The Journal survey revealed that if the 2024 race were between Mr. Biden and his predecessor, 41% of women would vote for Mr. Biden, and 52% would go for Mr. Trump. In August, 55% selected Biden, while 39% said, Trump.

In the contemporary age, no defeated former president has attempted a return. The most recent victorious candidate was Grover Cleveland, who was denied re-election in 1888 but regained his position in 1892.