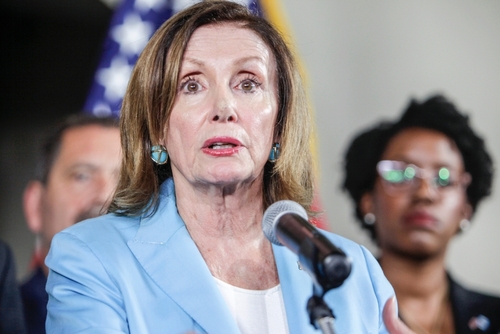 Monday, House Speaker Nancy Pelosi admitted that the hammer attack against her husband, Paul, had impacted her political prospects.

Pelosi disclosed the news in her first sit-down interview since the home attack that left her husband with a cracked skull at their California residence.

CNN anchor Anderson Cooper asked Pelosi whether she would consider retiring after the midterm elections if Democrats lose control of the House due to the incident.

Pelosi responded “yes,” but when Cooper asked if her choice would be “particularly affected” by the attack, her response was still  “Yes.”

The 82-year-old House Speaker has been the subject of heightened conjecture regarding her next political move if Democrats lose the lower house in the midterm elections on November 8, as is widely anticipated.

Pelosi pledged in 2018 to restrict her term as House speaker to four years, but she has made no formal announcement regarding her future in leadership or politics.

The House speaker also detailed to Cooper on Monday the moment she discovered that her husband of 59 years had been abused. She was sleeping in Washington, DC, having just arrived the night before from San Francisco, when she heard the doorbell and thought it must be the wrong apartment. Pelosi stated she looked up and saw that it was five o’clock. Pelosi told Cooper that the doorbell rang again and then banged, banged, banged, banged on the door.

Pelosi stated that she ran to the door and was extremely afraid; when she saw the Capitol Police, they told her they needed to speak with her; she never imagined it would be about Paul since she knew he wouldn’t be out about it.

“So they came in,” Pelosi said of the Capitol Police officers who had arrived at her door. There was no information about where he was or his condition; all she knew was that he had been assaulted in their home.

David DePape, 42, has been charged with attempted murder, attempted kidnapping, and assault concerning the October 28 home invasion in the Pacific Heights area where Nancy Pelosi lives.

According to Fox News contributor Bill Melugin, who claimed a source with US Immigration and Customs Enforcement, David DePape is in the country unlawfully. Melugin asserts that the informant described DePape as a “longtime” visa overstayer.

Other press reports assert that DePape was a nudist (which explains why he was discovered in his underwear), unemployed, and an avid marijuana smoker.

In interviews with CNN, DePape’s relatives indicated he grew up in British Columbia before relocating to California decades ago. Authorities in San Francisco reportedly discovered DePape, age 42, arguing with Paul Pelosi, age 82, over a hammer.

DePape informed the police that he went to Nancy Pelosi’s home in San Francisco to abduct and “crush her kneecaps.” Before the midterm elections, his burglary generated fears of politically motivated violence.