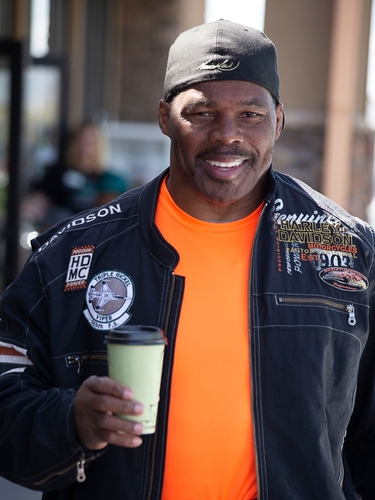 Wednesday, Georgia Secretary of State Brad Raffensperger stated that neither candidate would receive the requisite 50% of the vote, partly due to the presence of Libertarian Party candidate Chase Oliver on the ticket. Mr. Oliver garnered enough votes to deny a victory by one of the major-party candidates.

According to Georgia election officials, counties are preparing for a rerun on December 6. Mr. Raffensperger requested that voters participate “one final time.” The Associated Press anticipated a runoff in the election shortly after his statements.

Mr. Warnock told reporters on Election Day that a runoff would require a couple more weeks of perseverance. After all, he has been doing this for some time. Later, he remarked, That the differences between his opponent and him were too great for everyone to relax on election day. “Let’s get this done!”

For months, surveys indicated that the campaign between Mr. Warnock, 53, an Atlanta pastor, and Mr. Walker, 60, a former University of Georgia and National Football League football player, was close.

The Georgia Senate campaign is already one of the most costly in history, with both parties spending around $250 million on political advertisements. Analysts not affiliated with any political party predict that this congressional election will become the most expensive in history.

Georgia’s roughly 11 million inhabitants will be subjected to another month of political advertisements, mailers, and door-to-door canvassing. In recent weeks, the campaigns and those supporting them have attacked the candidates over charges of mistreating women in their advertisements.

Ads supporting Walker have blasted Mr. Warnock for his ex-claims wife’s that he assaulted her, which he denies. Rusty Paul, a former chairman of the Georgia Republican Party, stated that the mudslinging would have minimal effect on the electorate since voters are sick of political commercials and tune them out. The effectiveness of television advertisements has diminished, he remarked. They will simply reduce the candidates to an even bloodier pulp. The voters have already decided for whom they would vote.

Runoffs are typical in Georgia elections, and this is how Mr. Warnock acquired his current position. In November 2020, the incumbent Republican senator, Kelly Loeffler, finished second to Mr. Warnock, but no candidate came close to receiving 50 percent of the vote. Doug Collins, another Republican contender, placed third in a competitive field.

Simultaneously, Republican Sen. David Perdue narrowly defeated Democrat Jon Ossoff in November, garnering under 50% of the vote. Both contests went to a runoff on January 5, 2021, and both Democrats won. The Democratic victories gave the party a slender majority in the U.S. Senate.

Mr. Paul stated that Republicans, who had dominated Georgia state politics for decades, possessed an advantage in runoffs due to their voters’ greater turnout in special elections. According to him, the 2021 Senate runoffs demonstrated that Democratic voter power was expanding and that the party could mobilize voters.

Senate mandates are six years long. However, Mr. Warnock was elected to serve for only two years. Ms. Loeffler had been selected to replace the unexpired term of longtime Republican Senator Johnny Isakson, who resigned in 2019 for health reasons. Mr. Isakson died in 2021. The victor of the election this fall will serve a full six-year term.