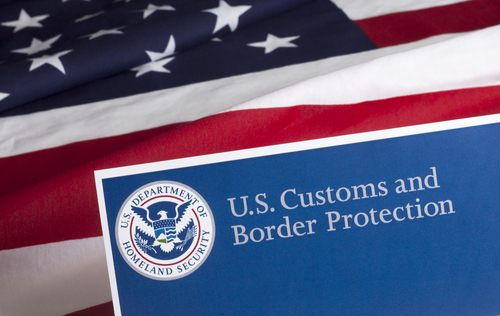 Former Tucson, Arizona, police chief Chris Magnus has commanded U.S. Customs and Border Protection for the last year despite criticism for the sustained high number of migrant interactions at the US-Mexico border and complaints from some colleagues that he is not entirely committed to his position.

The conflict exposed a long-standing schism between Mr. Magnus and other top immigration officials in the Biden administration. According to individuals familiar with the subject, they have come to dislike him and sideline him from important decisions over the last year.

His bosses have lost confidence in Magnus after he clashed with immigration officials about how to handle the influx of migrants. According to people with knowledge, Magnus has been asked to resign or be fired.

The internal drive against Mr. Magnus comes less than a year after the Senate, mostly along party lines and over Republican objections, confirmed him to the position. Republicans have asked Mr. Magnus to quit because there were more than 2 million apprehensions along the southern border last year, the highest number since the agency began keeping data.

In April 2021, President Biden nominated Mr. Magnus, 62, to run the 60,000-person agency that manages U.S. borders and customs and immigration procedures at airports and land/sea ports of entry. He was the first confirmed commissioner since 2019 and the agency’s first openly homosexual chief.

Before accepting his current position, Mr. Magnus had previously worked as the police chief in Tucson, Arizona, on the southern border. He became known for challenging Trump administration immigration policies and encouraging local police departments to collaborate with federal immigration agents.

According to people familiar with the subject, Mr. Magnus was progressively excluded from administration meetings on immigration, which typically involve officials from the White House, DHS, and other immigration agencies, such as U.S. Immigration and Customs Enforcement.

According to the sources, Mr. Mayorkas has a good working relationship with Border Patrol Chief Raul Ortiz, who ostensibly answers to Mr. Magnus but frequently communicates directly with Mr. Mayorkas.

Several times, Mr. Magnus publicly split with the administration. In an August tweet, he attacked the ongoing execution of Title 42, a border regulation from the pandemic period that permits migrants to be ejected immediately after reaching the border, stating that it comes at a terrible cost to many asylum applicants.

16 House Republicans demanded Mr. Magnus’ dismissal in a letter to President Biden dated November 1, after a Politico piece depicted the CBP commissioner as disconnected from his duties and dozing off in meetings. Mr. Magnus told Politico that weariness was a symptom of his multiple sclerosis and that he had altered his meds to combat the issue.

Homeland Security Secretary Alejandro Mayorkas told Magnus that he should resign or be dismissed on Wednesday, but the CBP chief has so far refused to step down.

Since Mayorkas reassigned Magnus’ duties to his deputy secretary, John Tien, Troy Miller has been managing the agency’s day-to-day operations.