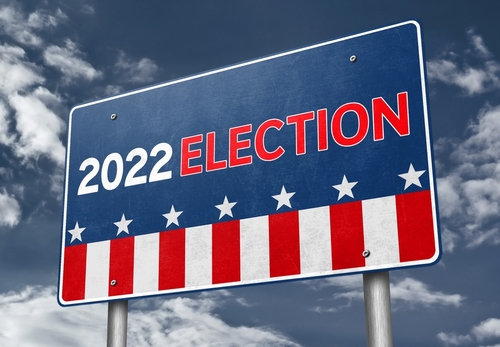 Both parties were preparing for a long wait for the final results of the senate and house elections. The euphoria of Tuesday’s election night, during which the Democrats performed considerably better than either party anticipated, has evolved into a multiday grind. The Republicans and Democrats were awaiting the outcome of uncalled elections while analyzing different majority-capturing scenarios.

On the House side, the attention was primarily on seats in Western states, where battles remained closed, and election officials took longer to process ballots. Many California races have been rated as tossups by the nonpartisan Cook Political Report, so outcomes could take a few days or weeks before we know the results.

According to the Associated Press, Republicans had gained 211 seats, shy of the 218 needed for control, but experts believed the party was on course to surpass this barrier. Democrats hold 196 seats, including two in districts where they are the only candidates.

A campaign analyst for the nonpartisan newspaper Inside Elections, Jacob Rubashkin, referred to California’s unsettled House seats as the “elephant in the room.”

Friday, Dave Wasserman of the Cook Political Report estimated that there are around two dozen open House contests. According to him, if these elections were to result in a tie, the Republican majority would be 222-213. He highlighted that the outcome would equal the Democrats’ existing majority in the House, which stands at 220-212 with three absences.

Democratic Rep. Katie Porter, a rising star in her party, maintained a small edge against Republican Scott Baugh in a tight contest. According to Mr. Rubashkin, the GOP is still the favorite to capture the chamber. For the Democrats to win the House majority, he added that many things must go right.

Several further House contests in Oregon, Washington, Nevada, Colorado, and Arizona have not yet been called, and results might take days to become official. Some unresolved competitions were found to be competitive, but others were deemed uncompetitive. However, the counting has been slowed down.

Republicans, who ran on a platform of fixing the economy, saw their House totals increase as results poured in from critical contests around the country, but Democrats also made gains.

Joe Kent, supported by former President Donald Trump, and Marie Gluesenkamp Perez, a Democrat, were fighting in Washington state for a seat vacated by a Republican member who lost her primary after voting to impeach Mr. Trump. Rep. David Schweikert, a Republican who has been in the House since 2013, is seeking to defeat Democrat Jevin Hodge in Arizona.

Rep. Lauren Boebert (R-Colorado) faced an unexpectedly formidable battle from Democrat Adam Frisch in her predominantly rural district. Thursday in Washington, D.C., she stated that the lack of enthusiasm from other Republican candidates might have cost them the elections.

The orientation of new members and the election for the House Republican leadership were scheduled to begin the next week. However, it seemed improbable that all contests would be concluded by then.

While the House’s view was complex, the Senate’s was pretty straightforward.

All eyes are on Nevada and Arizona. Either party can achieve a majority by winning both seats. In Arizona, Democratic Senator Mark Kelly led Republican opponent Blake Masters. In Nevada, Democratic Sen. Catherine Cortez Masto was gaining pace on her Republican opponent, Adam Laxalt, as mail-in ballots were tabulated. If the parties divide these two seats, there will be a runoff in Georgia on December 6 between incumbent Democratic Sen. Raphael Warnock and retired NFL running back Herschel Walker.

Because the Democrats hold the White House and the vice president’s tie-breaking vote, they can control the Senate if they win 50 seats, and Republicans would have to reach 51 seats.

Mr. Warnock and Mr. Walker returned to the campaign road on Thursday, foreshadowing a surge of activity over the next four weeks in that state.

Mr. Warnock stated he is requesting that you repeat your previous actions. Adding that Georgia and himself required their presence and vote.

Mr. Walker conducted a rally in Canton, Georgia, with Senator Ted Cruz (R., Texas) on Thursday evening. Walker, the Heisman Trophy winner for the University of Georgia, said the election is in overtime, that he was fashioned for this, and that God had prepared him for this very time.