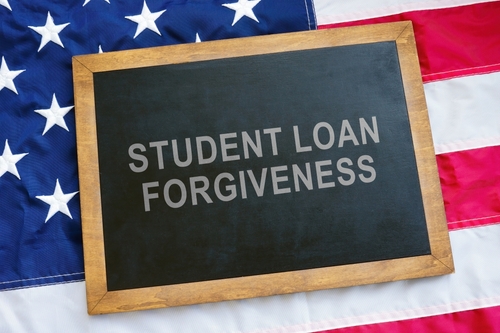 The U.S. Department of Education is no longer accepting loan forgiveness applications. The action follows a Texas judge’s decision late Thursday to invalidate the program.

The application page welcomes visitors with the statement “Student Loan Debt Relief Is Blocked.” It states that the Department is attempting to reverse the court’s ruling, and in the meanwhile, it will keep all previously submitted applications.

According to the White House, around 26 million debtors have filed for relief, and 16 million have been authorized. In a second statement, White House press secretary Karine Jean-Pierre said that the Department would retain their information so it can expeditiously handle their relief if the Biden Administration triumphs in court.

In Texas, a federal judge blocked the Biden administration’s plan to remove student debt up to $20,000 for tens of millions of students, placing a key administration objective in danger.

The Biden administration may seek an appeal.

Two ineligible borrowers, represented by the conservative Job Creators Network, were granted standing to participate in the action. One plaintiff’s private school loans were ineligible for cancellation. In addition, the other student was not a Pell Grant candidate and hence was not eligible for the additional $10,000 loan forgiveness granted only to Pell Grant winners. During the normal regulatory process, they were not allowed to express their concerns.

This lawsuit is one of many filed by Republican leaders and conservative organizations. The Eighth Circuit Court of Appeals has halted the program while considering whether the states have legal standing, awaiting a ruling on a related case filed last month by Republican leaders in six states.

According to administration sources, Biden administration officials have secretly prepared for the possibility that a court may halt the program. According to the authorities, they have considered legal and policy responses to such a move.

The Upshot for Lenders

If an appellate court upholds the ruling, the administration might appeal to the Supreme Court. The Supreme Court has thus far rejected two of the challenges to student loans that have been presented to it, but justices may finally opt to consider another case.

If an appeal court reverses the lower court’s ruling to prohibit forgiveness in Texas, the application site may reopen. However, the Biden administration would still be unable to continue with debt cancellation since the government is temporarily prohibited from doing so by a St. Louis, Missouri, appeals court while it reviews the pending appeal.

Borrowers who still need to submit a loan forgiveness application should sign up for updates on the application page and periodically visit it. If the portal reopens, your application can be submitted.