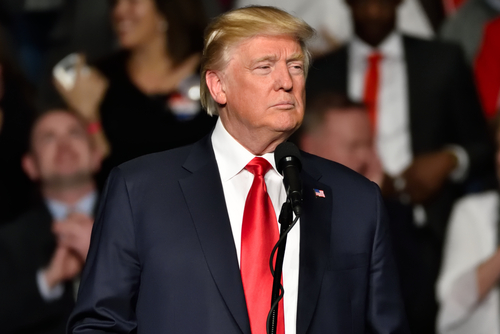 Former President Donald Trump kicks off his 2024 campaign at his Mar-a-Lago residence. Despite lackluster midterm election results that have led some party officials to demand the former president step down, Donald Trump started his third consecutive White House candidacy on Tuesday, attempting to reinforce his status as the Republican standard-bearer.

Mr. Trump announced he is launching his campaign for President of the United States to “make America great and glorious again.” His candidacy was made during a prime-time event from his Mar-a-Lago home.

Mr. Trump has recently retaliated against intraparty opponents and possible competitors for the nomination, most notably Florida Gov. Ron DeSantis, whose re-election success last week reaffirmed his position as the top contemporary alternative to Mr. Trump.

Despite hints of discontent, Mr. Trump has extensive grassroots support, millions of dollars in campaign funds, and a track record of steamrolling opponents. He has redefined the Republican Party’s demographics, gaining more working-class voters, and profoundly altered the party’s policy positions on trade, China, immigration, and other problems.

Avenging his defeat in 2020 at the hands of Joe Biden, who said he intends to run for re-election. Mr. Trump maintains that there was significant voter fraud in that election.

He praised his achievements as president, notably his work on the economy and border security. Foreign foes such as China were kept “in check,” he claimed, as the US avoided starting new wars.

Mr. Trump stated that we are a country in decline. “We are a failing nation,” he declared, referring to inflation, increasing gasoline costs, and border issues. Trump added that they are here tonight to let you know it doesn’t have to be this way.

Trump said that he would make certain that Joe Biden does not receive four more years. Adding that would be too much for our country to bear.

Mr. Trump officially launched his campaign on Tuesday by filing papers with the Federal Election Commission. “Donald J. Trump for President 2024,” according to the papers.

While Mr. Trump launches his new campaign, he faces several legal issues. The legal issues include investigations into his business dealings, attempts to overturn the 2020 election result, and a criminal investigation into presidential records and classified documents he kept at Mar-a-Lago by the Justice Department.

The disclosure would put the Justice Department in the difficult position of investigating President Biden’s proclaimed opponent, who chose Attorney General Merrick Garland partly because of his commitment to maintaining the department free of partisan interference.

Senior Justice Department officials are considering how the former president handled classified documents at Mar-a-Lago, including whether to appoint a special counsel. A special counsel will oversee the unprecedented investigation, according to people familiar with the case.

Mr. Garland could designate a special counsel with extensive authority over the investigation. However, Mr. Garland and other top officials would still be involved in any decision to charge Mr. Trump or his associates. According to several current and former department officials, an appointment would protect against charges that charging Mr. Trump would be politically motivated. Others are skeptical about such a move, arguing that it would create an unneeded precedent of hiring outsiders to conduct any sensitive probe.

Mr. Trump has stated that he did nothing illegal with the materials and that it was an attempt to harm him politically. He has raised millions of dollars through fundraising emails related to the investigation and other scandals.

Mr. Trump was impeached twice by the House and acquitted both times by the Senate, the latter for reportedly urging a mob to attack Congress on January 6, 2021, in a last-ditch effort to reverse the 2020 election.

Mr. Trump mostly avoided discussing 2020 on Tuesday, instead characterizing the present era as a “pause” in his presidency.

As of mid-October, his major political group had around $70 million in the bank, which might be moved to a younger super PAC, Make America Great Again Inc., which has fewer spending limits. This money cannot be moved to a new presidential campaign account, but it may be used on advertising and other political actions to help his candidacy.

According to numerous individuals involved in the conversations, Mr. Trump planned to launch his campaign during the summer. He deferred on the advice of advisors who warned that it would detract from the GOP’s chances of regaining control of Congress. During an election-night rally in Ohio, Mr. Trump almost made the revelation, hoping to capitalize on what many expected to be a Republican wave.

However, Democrats have retained control of the Senate even before a runoff election in Georgia on December 6, and Republicans’ estimated House advantage would be lower than expected. This has resulted in finger-pointing and questioning about some of Mr. Trump’s high-profile endorsements and his broader involvement in influencing the political atmosphere.

Sensing a challenge from Mr. DeSantis, Mr. Trump has upped his assaults on him, dubbing him “Ron DeSanctimonious” and an ordinary Republican governor with amazing public relations. The governor established national prominence by opposing the Biden administration policy on Covid-19 and pushing cultural problems.

When asked about Mr. Trump’s criticism of him on Tuesday, Mr. DeSantis did not answer directly but emphasized his great election victory. “At the end of the day,” Mr. DeSantis said at a press conference, he would just urge them to go check at the scoreboard from last Tuesday night.

According to officials, Mr. Trump has been confident that he can defeat Mr. Biden and became more serious about the notion after the current administration’s tumultuous pullout from Afghanistan in the summer of 2021. This incident, chronic inflation, and widespread voter skepticism about the country’s future have harmed Mr. Biden’s popularity.

Mr. Trump has been putting together what appears to be a campaign staff in the making. Executive director Taylor Budowich, Mr. Trump’s communications director, pollster Tony Fabrizio, and strategist Chris LaCivita are among those working on MAGA Inc. Susie Wiles, who handled Trump’s successful campaigns in Florida in 2016 and 2020, will also be involved.

There are hints that Mr. Trump’s hold on the party is slipping.

According to an NBC News survey issued shortly before the election, three out of ten Republicans said they supported Mr. Trump more than the GOP, a drop from 40% in July 2021. Meanwhile, the proportion of Americans who identify as greater Republican supporters than Mr. Trump climbed from 50% to 62% during the same period.

Aides to Mr. Trump said they are confident in his ability to defeat opponents, just as he did in 2016. They have advised him to avoid focusing on the 2020 election outcomes and instead concentrate on problems. He delivered a lecture on criminal policy in late July.