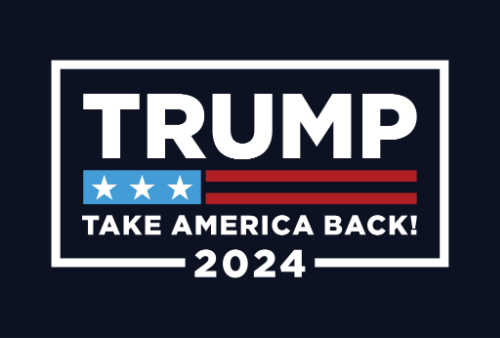 Since the formal announcement of former President Donald Trump’s third presidential bid on Tuesday, a lot of speculations and conjecture have already begun regarding his potential running partner for 2024.

Mike Pence, Trump’s former vice president, is not a viable candidate, given that he has openly condemned Trump for his past acts, notably on January 6. It has even been suggested that Pence may run for president in 2024, according to ABC News.

With Trump’s declaration, speculation has already begun over who he would select as his running mate if he can clinch the Republican nomination.

Some have recommended Georgia Republican Representative Marjorie Taylor Greene, according to Syracuse.com. The Daily Beast said that Robert Draper of the New York Times Magazine noted that Greene’s allegiance to Trump might make her stand out. She has been unwaveringly devoted to Trump from the beginning.

Given the Mike Pence experience, Trump wants someone unquestionably loyal to him as his running mate and vice president. Loyalty is what he knows he needs. Someone must fight for him if he is to overturn a presidential election. Draper stated that he has every reason to anticipate that Greene will be at his side and serve as his closest fighter.

Republican Governor Kim Reynolds of Iowa, who just became president of the Republican Governors Association, has also been mentioned as a possible candidate for Trump, according to the Conservative Brief. A conservative Christian organization with connections to Trump and other prominent Republicans, The Family Leader, said Reynolds would make a perfect running mate last year.

In addition, Kari Lake, who ran for governor in Arizona, has been mentioned as a potential contender. According to the Wall Street Journal, Lake visited Trump in Florida this week, even though her Democratic opponent Katie Hobbs had already been declared the winner.

Numerous social media users have already suggested that Lake should join Trump if he gets the nomination. Kari Lake should avoid making the same error as Stacey Abrams. Go directly for the vice presidency. Trump/Lake or DeSantis/Lake would have unbelievable national appeal, tweeted one user.

If @KariLake loses this election, she should immediately meet with President Trump! Keri Lake will make an excellent Vice President, and the two of them together will be an unstoppable force. Another Twitter user has posted.

According to Syracuse.com, there is also talk regarding New York Republican Rep. Elise Stefanik, leader of the House Republican Conference and one of the first Republican politicians to openly back Trump’s 2024 bid before he declared it.

Republican voters select the leader of the Republican Party, and it is abundantly evident that President Trump is the party’s leader. Stefanik told Breitbart News last week that the media fails to mention that we recently won the midterm elections and took control of the House.

Syracuse.com observed that others, such as South Dakota Governor Kristi Noem and U.N. Ambassador Nikki Haley, have been proposed as good allies for Trump. Although many are already discussing a potential vice president, Trump must first be nominated before anybody can be considered.

Even before the midterm elections, Trump hinted that possible running mates had already approached him to be considered for the position, according to a source who spoke anonymously to Politico.

“They’re all begging me, “Trump stated. He has received a lot of visitors who want to run with him. According to Politico, Trump allegedly stated, “Everyone comes here.” Other names circulating included Gov. Ron DeSantis of Florida, Sen. Tim Scott of South Carolina, and former Secretary of State Mike Pompeo as potential vice presidential contenders.

The reception to Trump’s official campaign announcement has been diverse. With the year 2022 ending, many look forward to what lies ahead.

In addition to rumors and conjecture about a potential running mate for Trump, there are rumors and speculation about potential opponents for the Republican candidacy.