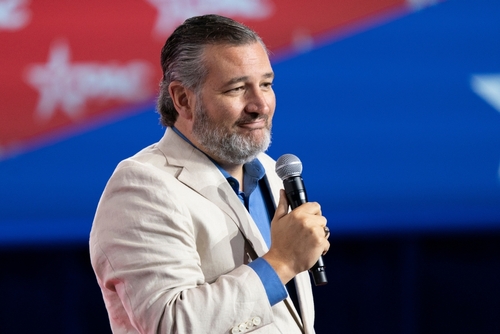 According to Sen. Ted Cruz, the Biden administration politicized and armed the Justice Department, making the appointment of the special counsel to investigate former President Donald Trump reprehensible.

This, according to Cruz, is the climax of the purposeful weaponization of law enforcement; this administration considers the Department of Justice and the FBI as enforcers of their party agendas.

Cruz stated, “This has never occurred in our nation’s history.” There have been 46 presidents since George Washington, yet no government has ever stormed the residence of a former president or attempted to prosecute one.

According to a warrant and property receipt, the FBI conducted an extraordinary search on Trump’s Mar-a-Lago estate on August 8 and collected classified papers, including those designated top secret.

Trump and his legal team have claimed that the papers housed at Mar-a-Lago were declassified while Trump was president. Still, the Justice Department contends that Trump improperly retained national security material at his residence.

Cruz, however, stated that the FBI’s “activity” is only seen in “banana republics” and institutions where no rule of law and law enforcement is merely considered a political tool by whoever is now in command.

However, in America, our institutions were robust enough to avoid this, Cruz remarked. It has historically been possible for the Department of Justice and the FBI to withstand it. Still, under President Joe Biden, they now have partisans ready to misuse law enforcement in high career positions. “Legal Corrupted: How the Left Weaponized Our Legal System” is the latest book by Gov. Cruz, who  stated that the appointment of a special counsel “is a misuse of our justice system.”

Cruz, however, stated that, sadly, elections have consequences and that, without Democratic backing, the Senate will be unable to issue subpoenas or convene certain hearings featuring key Justice Department officials.

Cruz added that he could tell you with absolute certainty that we would hold hearings with the attorney general and the FBI director to investigate and expose our judicial system’s extensive and persistent politicization and corruption.

Cruz expressed that, unfortunately, under Joe Biden and Democrats, Senate Democrats maintained a majority, and the likelihood that Senate Democrats would even consider examining this is 0%. We will observe what we have observed over the past two years: a systematic cover-up by Senate Democrats of the Biden administration’s abuse of power.

However, Cruz said that Republicans control the House of Representatives, and this is “excellent news.”

Cruz revealed that he is optimistic that the House will do these investigations and added he would work closely with the House.

When Republicans take the majority in the next Congress, Rep. Jim Jordan will most likely lead the House Judiciary Committee. As the committee intensifies its investigations into the alleged politicization of the Justice Department, Merrick Garland, FBI Director Christopher Wray, and dozens of other officials and employees will have to testify.

Republicans in Ohio Rep. Jim Jordan wrote to Garland and FBI Director Christopher Wray shortly before a special counsel was appointed to investigate Trump. According to Jordan, the Republican committee may resort to compulsory procedures if officials ignore requests for voluntary compliance.

Cruz believes that even though the Senate Republicans can’t issue subpoenas, can’t have hearings, and can’t employ the might of the Senate, they will do all they can to hold people accountable.

According to Cruz, our only recourse in the Senate is to shed light on how our basic rights are being undermined.

Meanwhile, following the Justice Department’s revelation, Trump told Fox News on Friday that he “would not participate” in the probe, accusing the Democrats of politicizing the justice system and encouraging the Republicans to take action.

According to Trump, he has been going through this for six years and will not go through this anymore. Trump also said that he hopes that the Republicans have the fortitude to oppose this.

He further said that he had been proven innocent on everything for the past six years, including phony impeachments and the investigation by former special counsel Robert Mueller, which didn’t find any collusion, and now he must prove his innocence once again. Trump stated this is unacceptable.” It is so unfair.” “It is so political.”

Robert Mueller’s investigation into the possibility of Trump and his team conspiring to influence the 2016 presidential election with Russia has cast a shadow over the Trump administration.

Mueller’s investigation, which finished in March 2019 after almost two years, did not uncover any evidence of criminal conspiracy or collusion between Trump’s campaign and Russian officials.

“I will not participate,” Trump told Fox News Digital. In announcing his candidacy for the presidency in 2024, Trump stated that it is “not even believable.”

Trump advised that he had never before heard of such a thing. They uncovered nothing. After he announced he was running again, they appointed a special prosecutor, he remarked. They discovered nothing, so they now employ a man who dislikes him. This is a travesty, and it is only occurring because he is winning in all party polls.

As for Special Counsel Smith, he stated on Friday that he intended to handle the assigned investigations independently and following the Department of Justice’s highest standards.

Under his watch, the speed of the investigations will not slow or falter, Smith added. He further stated that he should exercise independent judgment and swiftly and completely advance the investigations to whatever conclusion the facts and the law require.