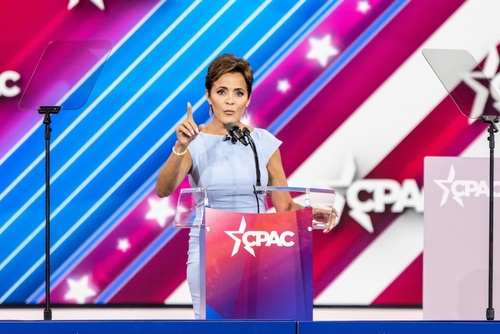 Some opening shots have been fired in what is anticipated to be a vicious post-election battle over whose ballots should be counted in Arizona’s race for governor.

Media outlets have declared Democrat Katie Hobbs the victor, even though the distance between her and Republican Kari Lake is fewer than 20,000 votes, requiring a recount even in the best circumstances.

However, this is hardly the finest of times. With little confidence and fresh wounds from the state’s fights over the 2020 election results, both sides are digging in, hiring attorneys, and launching broadsides before the recounting and litigation commence.

Time reported that Lake’s campaign paid $2 million to watch the vote count and be ready to file litigation depending on the facts if required. According to Time, forty attorneys were in a central “battle room” while roaming attorneys monitored polling locations and vote-counting procedures.

This is the most robust Election Day and post-election operation Arizona has ever seen, said Brady Smith, the top political strategist for the Lake campaign.

Mark Sonnenklar’s account of what the roaming attorneys witnessed on Election Day gave The Western Journal a taste of what the Lake campaign would use as fuel in its litigation. Ten out of sixteen roving attorneys answered Sonnenklar’s survey, and his report includes 115 out of 223 polling locations in Maricopa County.

Overall, he stated, The tabulators in 72 of the 115 vote centers (62.61%) that were visited were unable to tabulate votes for material reasons, prompting voters to either place their ballots in box 3, spoil their ballots, and vote again, or become irritated and leave the vote center without voting.

He said that tabulators at many polling places initially rejected ballots 100 percent of the time. There is a possibility, however, that the tabulator may have accepted the ballot after many attempts.

Sonnenklar observed that the printer/tabulator difficulties lasted from the outset to the conclusion of election day at several polling locations.

The report indicated a suspected cause for the malfunction.

The overwhelming opinion as to why the tabulators could not read some votes was because the printing on certain ballots, namely the bar codes on the side of the paper, was too light for the tabulators to see, he wrote.

According to the investigation, the findings contradict county authorities’ assertions that just 70 polling locations experienced problems and were “insignificant,” not the context of the overall election.

The second key conclusion of the study was that 1.30 percent of the 115 polling places visited (59 of 115) voters had to wait between one and two hours before receiving a ballot. This occurred in numerous instances,

Both topics were connected by Sonnenklar. According to him, the printer/tabulator problems witnessed by 11 roaming attorneys at 62.61 percent of the vote centers on election day, and the ensuing long lines at the majority of the vote centers, all contributed to substantial suppression of voters.

According to KUTP-TV, numerous attendees at the November 16 meeting of the Maricopa County Board of Supervisors had voting issues on their minds. It remains to be seen whether Sonnenklar’s account is accurate. Still, it is clear that it was a Republican county with an extremely high percentage of voters that experienced the issue. Ms. Hobbs was in charge of the election, given her current position as the Secretary of State.