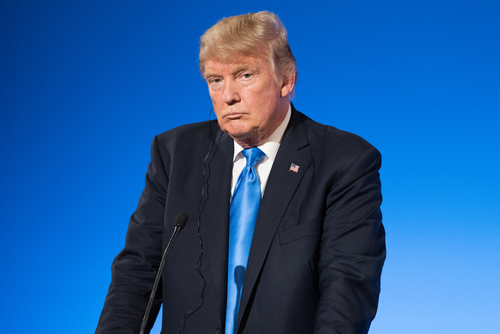 On Tuesday, the Supreme Court resolved the lengthy debate about Congress’ access to former President Donald Trump’s tax returns. The court dismissed Trump’s last-ditch bid to prevent the House Ways and Means Committee from receiving copies of his tax returns from the IRS in an unsigned order.

Trump understandably criticized the decision on Truth Social, as Democrats pressured the Treasury Department to provide the papers as soon as possible. However, time is running out for Democrats to utilize the financial evidence that Trump has been reluctant to give for so long. Trump may have lost this battle, but he may have won the war.

In 2016, Trump broke the longstanding tradition of presidential aspirants disclosing their tax returns to demonstrate that his business transactions are above board. He argued at the time that it was because he was in the middle of an audit. Richard Neal, D-Massachusetts, requested Trump’s IRS tax records after Democrats won the midterm elections in 2018.

Legislation from 1924 states that Ways and Means is one of three congressional committees that can request the tax returns of anyone, including the president, from the Internal Revenue Service. At the time, the Treasury Department denied the request, alleging that it was nothing more than an attempt to shame Trump. However, Neal had made it apparent in a statement regarding his first request that there was a legislative objective at play.

After being denied for the remainder of Trump’s tenure, the House resubmitted its request to the Biden administration with the expectation that it would take a different stance on the issue. The Justice Department and Treasury agreed that Congress should have access to Trump’s financial documents. Trump then resorted to his favorite strategy: delaying the efforts in courts.

On the surface, Trump’s outcomes have been disastrous. From a federal judge’s verdict in December to a federal appeals panel in August, to the U.S. Court of Appeals for the District of Columbia Circuit in October, to his last-ditch effort before the Supreme Court, he has failed at every stage. In none of these opinions, any court, even those selected by Trump himself, decided that Congress’ request for Trump’s tax returns was improper.

In its August judgment, the appeals court panel stated the Chairman had established a valid legislative aim for which information was necessary. It further stated that it is not their place to explore further at this juncture. It is irrelevant that individual members of Congress may have political and legislative reasons. Indeed, it is likely uncommon for a single member of Congress to pursue a legislative objective without contemplating the political ramifications.

In January, Republicans will assume control of the House, rendering this a hollow win for the Democrats. It is unclear how fast the IRS will provide the Ways and Means Committee with the requested information. After that, there are just a few weeks left to examine the findings and select which sections should be made public.

Ways and Means still have a small window of opportunity to prepare a report on the IRS’s presidential audits and vote to disclose it with major findings from Trump’s filings. But after it closes, the game is likely over. Given the attention shown to Neal’s efforts by Senate Finance Committee Chair Ron Wyden (D-Oregon), it is uncertain if the Democratic-controlled Senate would assume responsibility for the probe.

And it would not surprise me if Trump used the technically fresh request to restart the legal process, wasting everyone’s time which could be considered a victory.