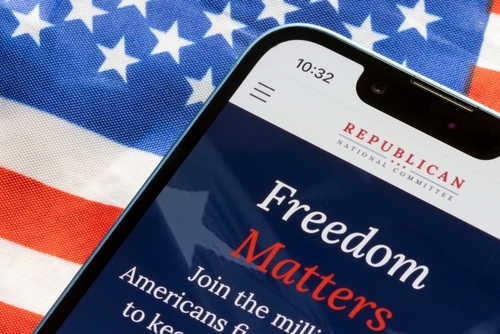 With Republican candidates losing in the state’s most crucial races, the razor-thin margin in the attorney general’s race has taken center stage. The attorney general is the state’s principal law enforcement official, with authority to enforce election regulations that may impact the administration of the 2024 presidential election.

The attorney general also has broad investigative jurisdiction, which the current attorney general, Republican Mark Brnovich, has exercised against municipal authorities and the 2020 presidential election administration.

The case, filed jointly by Republican Abraham Hamadeh and the RNC, demands, among other injunctive remedies, that he be declared the election winner.

Mr. Hamadeh narrowly lost to his Democratic opponent, Kris Mayes, according to the final tally, triggering an automatic recount. The completion of this recount will take many weeks. According to the final figure given by the Arizona secretary of state’s office on Monday, Mr. Hamadeh lost to Ms. Mayes by 510 votes or 0.02 percentage points.

Ms. Mayes and Katie Hobbs, the Democratic secretary of state who defeated Republican Kari Lake in the Arizona governor’s race, are defendants in action. The office of Ms. Hobbs did not reply quickly to a request for comment.

In a complaint filed in Maricopa County Superior Court on Tuesday, Mr. Hamadeh and the RNC charged that election workers committed procedural and tabulation irregularities. They asserted that if these faults were rectified, Mr. Hamadeh would finish first.

According to Mr. Hamadeh’s lawsuit, neither he nor the RNC claims fraud, manipulation, or other deliberate misconduct.

Dan Barr, Ms. Mayes’ attorney, stated that the complaint contained no evidence to substantiate its accusations. Mr. Barr stated of the matter, “There are no facts.” It fails to identify a single disenfranchised individual by first and last name, added.

On Election Day, November 8, at least 20% of the 223 polling sites in Maricopa County had defective vote-tabulation equipment. In the most populous county in Arizona, which contains Phoenix, almost one in five ballots were rejected by faulty machines, according to Bill Gates, chairman of the county board of supervisors. According to Mr. Gates, voters who had difficulty submitting their ballots were instructed to use a secure drop box called Box 3.

On that day, a court in Maricopa County dismissed a last-minute plea by Republicans to extend voting hours until 10 p.m., finding no proof that individual voters had been disenfranchised. During a court hearing, Maricopa County Superior Court Judge Tim Ryan stated this court finds no evidence that voters were prevented from submitting votes, even if there was confusion and some issues.