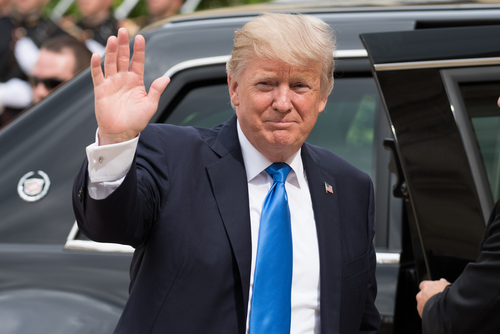 Former President Donald Trump lamented the inaction of a “corrupt” Department of Justice in “The Twitter Files, Part One: How and Why Twitter Blocked the Hunter Biden Laptop Story.”

Trump commented on TruthSocial that the Twitter files were a tremendously huge story regarding all sorts of government fraud, including election fraud.   Trump speculated that other Big Tech businesses experienced the same amount of fraud, if not worse.

Trump said that we live in a very corrupt country and that everyone knows it because it is all over the internet. He added that nothing would be done because the  “JUSTICE DEPARTMENT & FBI ARE TOTALLY CORRUPT.” But they’ll keep looking into ‘boxes’ that were removed lawfully and openly from the W.H., he lamented.

The post by the former president comes after writer Matt Taibbi revealed the story on Friday night. Elon Musk, Twitter’s new owner, offered Taibbi unique access to business papers. The records, which consist of a series of communications from Democratic Party establishment figures and Twitter executives, apparently indicate a friendship.

Top-level executives decided to hide the Hunter Biden laptop story without the knowledge of CEO Jack Dorsey, Taibbi wrote. Taibbi went on to say that Vijay Gadde ( the former head of the legal, policy, and trust of Twitter played a crucial part in suppressing information at the request of the democrats.

They simply freelanced it, one former staffer said of the decision made to suppress the information. “Hacking” was the justification, but after a few hours, almost everyone understood it wouldn’t work. No one, however, had the courage to reverse it.

The comment sets the tone for Taibbi’s Twitter thread, which depicts officials in the social media business trying feverishly to impose their tools in discrediting the Hunter Biden laptop claim. With one major exception, Taibbi adds, California Democrat Rep. Ro Khanna. According to Taibbi, the only Democratic official he could identify in the papers who showed worry was Khanna.

Khanna writes to Twitter’s senior lawyer, Gadde, in one conversation. What Gadde anticipates to be a discussion about banning the news is instead met with Khanna’s fear that Twitter’s filtering is a slippery slope for free expression.

Khanna adds that restricting the transmission of newspaper stories, even if the N.Y. Post is far right, seemed to encourage more anger than it will accomplish good in the heat of a Presidential race.

Lauren Culbertson Grieco, Twitter’s head of Public Policy, receives a letter from NetChoice’s Carl Szabo a day after the congressman adds his worry. Szabo, the vice president of one of the main Big Tech lobbying groups, cited Democratic fears that “greater” supervision is needed to avoid “conservatives” from muddying the water.

“The Democrats, however,” Szabo continues, have complained that the firms are inept: they have allowed conservatives to muddy the waters and make the Biden campaign appear crooked, despite the fact that Biden is innocent.

They compared it to Hillary Clinton’s email scandal: she did nothing wrong, but since the press wouldn’t let go of the subject, it ballooned out of proportion. Social media, in their opinion, is doing the same thing: it does not regulate enough damaging stuff, so when it does, like it did yesterday, it becomes a story. Conservatives would not consider using social media for deception, misrepresentation, or other purposes if firms moderated more.

The Twitter files contained information that the Democrats agreed that social media has to be moderated more since it is undermining democracy and making all ‘facts’ subjective. When asked how the government could insist on it while adhering to the First Amendment, they said, “The First Amendment isn’t absolute.”

According to the Foundation for Freedom Online, the National Science Foundation has awarded $38.8 million in public funds for censoring research since the beginning of 2021, at the start of President Joe Biden’s term.

To hammer home radical bias, the Foundation for Freedom notes the NSF grant specifically states that the funding’s purpose is to fight these populist myths.

The truth is that simple: the United States government is utilizing public monies to fight the social media opinions of half of the entire United States voters.