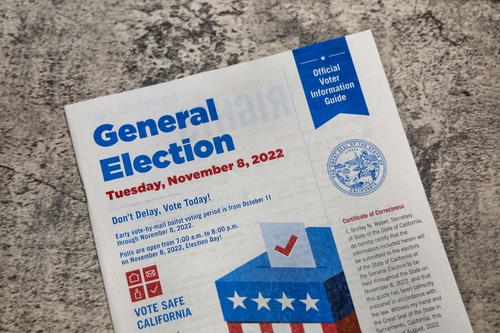 A Republican will be elected to Congress in a California congressional district now represented by a Democrat.

According to the Associated Press, Republican John Duarte has been declared the official winner of the 13th Congressional District against Democrat Adam Gray.

Democrat Barbara Lee now represents the district. However, its borders have been redrawn due to redistricting. Lee was elected in the 12th Congressional District.

Gray bowed out of the Central Valley Election on Friday.

According to Gray, Election workers worked extraordinarily hard for weeks. He added that he preferred a better conclusion but accepted the results and called John Duarte to congratulate him.

Gray told the Associated Press that this was one of the country’s tightest contests. Over 130,000 ballots were cast, and a few hundred votes will determine the decision. According to the website Ballotpedia, the two candidates were separated by 593 votes.

According to the Associated Press, Democrats had a 14-point advantage over Republicans in voter registration in the district. Duarte’s message emphasized the need to work with Democrats to achieve achievements.

Duarte said he told their Valley families that in Washington, D.C., he would be their nonpartisan advocate, “fighting for food on our meals, gas in our tanks, and water on our farms.” He said that is precisely what he intends to do.

With Duarte’s victory, Republicans will have 221 of the 435 House seats, and Democrats will hold 213 seats in the House. One Colorado election is still being recounted. Duarte won the nonpartisan primary as a farmer and businessman growing grapes, pistachios, and almonds.

“You deserve to thrive rather than merely exist.” Career politicians have prioritized the demands of large businesses and special interests over ours. Through irresponsible spending, they have driven prices sky high, Duarte stated on his campaign website.

According to Duarte, families in the Valley are left with no choice but to choose between feeding their families and filling up their gas tanks. Duarte stated that as your Congressman, he’d vote to repeal the gas tax and reduce gasoline and food prices.

Duarte had previously questioned California’s tax climate, stating that California has the country’s highest taxes. The Democrats continue to impose the socialist burden on well-to-do retirees and company owners, he told Fox News, adding that he blames California Gov. Gavin Newsom’s financially costly policies for driving a record number of families and businesses out of the state.