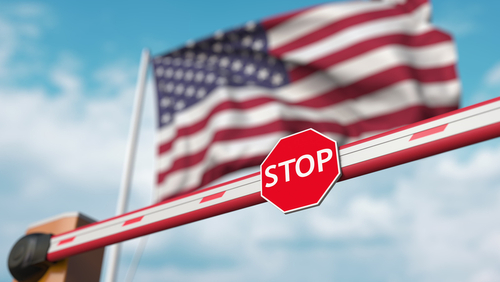 Conservative and liberal immigration experts have both questioned the choice of the White House to forego a visit to the southern border during President Biden’s travel to Arizona on Tuesday. According to the White House schedule, Biden visited Phoenix to promote his economic efforts, but there was no mention of a visit to the border, which is a little over 100 miles away.

Despite rising illegal immigration, horrifying human trafficking, and significant amounts of fentanyl entering the country illegally, Biden has not visited the border since becoming President.

Press secretary for the White House, Karine Jean-Pierre, claimed last month that “he’s been there,” although it’s possible that she meant the border trips Biden made before becoming President. When asked about the alleged border visit by Biden, officials did not respond.

At a Monday White House press briefing, Jean-Pierre stated that Biden’s visit on Tuesday was about the boom in American manufacturing being experienced nationwide due to his economic policies.

Five times while serving as President, former President Trump traveled to the border. Biden’s failure to go to the border, according to Tom Homan, head of Immigration and Customs Enforcement under Trump and a visiting fellow at the Heritage Foundation, is a betrayal to agents who risk their lives to carry out his policies.

Progressive organizations have also expressed frustration with this accusation of Biden’s lack of attention to the southern border. Biden needs to see the effects of the brutal federal immigration laws, according to Alexandra Miller, head of the American Immigration Council’s Immigration Justice Campaign.

Under the Biden administration, border interactions between U.S. law enforcement and illegal border crossers reached a record annual high of 1.7 million in 2021. They have already surpassed that mark this year with 2.3 million.

Under Title 42, a Trump administration regulation inspired by the epidemic slated to expire this month, border inspectors have been permitted to send these migrants away. The Biden administration is reportedly considering adopting a nearly identical policy that would allow them to turn away migrants if they successfully find refuge in a nation they passed through to reach the U.S. border. They predict that record-high border encounters may double without Title 42.

The United States is going through an unprecedented border crisis, according to Gene Hamilton of America First Legal as well as former senior counselor to the secretary of Homeland Security. However, the problem is being ignored by the government.

The “fundamental reason” for mass migration to the southern border was given to Vice President Kamala Harris, who has only paid one visit there since taking office. In September, she claimed that “the border is secure.” Customs and Border Protection (CBP) Commissioner Chris Magnus was requested to quit last month and agreed to do so.

A significant worry is the CBP officers’ morale. This year, 14 cops committed suicide, a record number compared to the previous ten years. Texas Highway Patrol staff lieutenant Christopher Olivarez argued that the Biden administration must examine the impact of its a