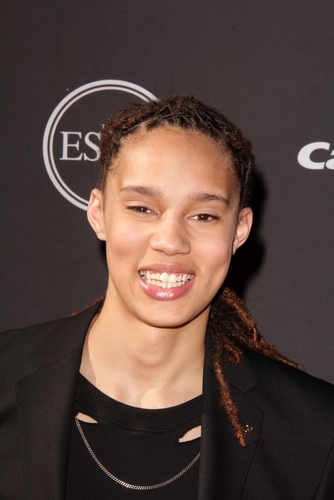 In a time of heightened tensions over Ukraine, trade achieved a primary priority for President Joe Biden. Still, it came at a steep price – and left an American prisoner in Russia for nearly four years. As a result of the agreement, the second of its kind with Russia in eight months, the most notable American held overseas, has been released. Two-time Olympic gold medalist Griner’s arrest on drug charges brought unprecedented attention to the community of unjustly imprisoned individuals.

Biden’s consent to release a Russian felon once called “the Merchant of Death” reflected the rising pressure that his administration faced to return Griner home, particularly following the recent completion of her criminal case and her subsequent relocation to a correctional camp.

Officials with direct knowledge of the talks who spoke on condition of anonymity and were not allowed to publicly discuss the arrangement before a White House statement verified the arrangement.

In the Oval Office, Biden spoke with Griner’s wife, Cherelle. After months of tense discussions, Russian and U.S. officials have expressed cautious confidence in recent weeks, with President Biden expressing optimism that Russia will participate in a settlement now that midterm elections are concluded. A top Russian official stated last week that a deal was conceivable before the year’s conclusion.

Even so, it was surprising that the deal was a one-for-one exchange, as U.S. officials had expressed for months their determination to bring Griner and Paul Whelan home. A Michigan corporate security executive, Whelan has been imprisoned in Russia since December 2018 on espionage charges, which the U.S. government and his family deny.

Formerly regarded by the Justice Department as one of the world’s most prolific arms traffickers, Bout was released by the United States. According to U.S. officials, Bout received a 25 years prison sentence for conspiring to sell weapons to harm Americans.

The Biden administration was finally ready to swap Bout if it meant Griner’s freedom. The incarceration of one of the best players in WNBA history generated extraordinary public interest in an individual prisoner case and tremendous pressure on the White House.

Griner’s February arrest made her the most prominent American prisoner overseas. In a country unfriendly to the LBGTQ community, her status as an out lesbian black woman injected racial, gender, and social aspects into her legal story. It made each development a matter of worldwide consequence.

Her story not only brought unprecedented attention to the scores of Americans listed by the U.S. as illegally held by other countries, but it also emerged as a critical turning point in U.S.-Russian diplomacy at a time when ties were worsening due to Moscow’s assault on Ukraine.

The trade was carried out despite deteriorating tensions between the powers. The detention of Americans, however, created a rare diplomatic opening, resulting in Washington and Moscow’s highest-level communication in over five months: a conversation between Blinken and Lavrov.

In an unprecedented step during typically confidential discussions, Blinken disclosed in July that the United States had offered a “significant offer” to Russia for Griner and Whelan. However, he did not disclose the details, those acquainted with the matter claim that the United States made an offer to trade Bout. Such a public proposal was met with a chiding reprimand from the Russians, who stated that they preferred to handle such situations in private, and it held the danger of hurting the negotiation position of the U.S. government for this and future accords by making the administration look too desperate. Also, President Biden wanted to convey to the public that he was doing all he could to exert pressure on the Russians.

Bill Richardson, who previously served as a U.S. ambassador to the UN and a regular conduit for hostage negotiations, also played an important role in the release. In the last year, he and Mickey Bergman (Richardson’s top deputy) had repeatedly visited overseas to negotiate exchange situations with Russian contacts.

In February, Griner was detained at the Sheremetyevo Airport in Moscow when customs authorities discovered cannabis oil-filled vape cartridges in her luggage. She pled guilty in July, yet still awaited trial, because admitting guilt in Russia’s court system does not instantly terminate a case.

She confessed in court that she owned the canisters but stated she had no illegal intent and that their appearance in her suitcase was due to rushed packing.

Before being sentenced on August 4 and incurring a punishment her attorneys deemed excessive for the act, an emotional Griner apologized for her error and the disgrace she caused. She continued, “I hope in your ruling it does not end my life.”

In May, the State Department deemed her detention unconstitutional, ending weeks of silence among her supporters.

A different transfer, Marine veteran Trevor Reed for Russian pilot Konstantin Yaroshenko, convicted in the U.S. of a cocaine trafficking conspiracy, sparked optimism that other trades of this nature may be in the works.

Whelan has been in Russian custody since December 2018. The U.S. authorities also categorized his detention as unlawful, and he was condemned in 2020 to 16 years in jail. In the Reed prisoner swap, Whelan was not included, putting pressure on the Biden administration to include him in any deal that brought Griner home.