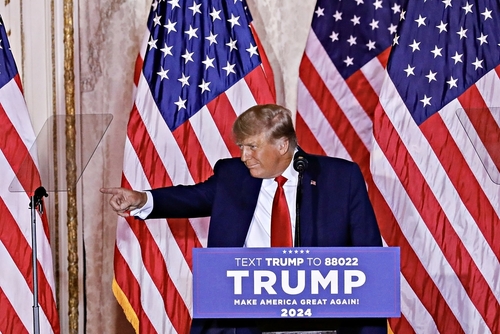 Federal prosecutors asked a judge on Friday to hold Donald Trump’s legal team in contempt for failure to turn over all classified materials. The Justice Department recently asked U.S. District Judge Beryl Howell to hold Trump’s legal team in contempt of court. The DOJ lawyers who made the request departed the session without saying whether or not the judge had granted their motion. On Friday, no contempt order was released by the court. However, that does not mean that the Judge did not grant the motion or that Trump’s legal team is out of the danger zone. At this point, it is unknown if the Judge ruled on the matter or deferred it.

According to court spokesperson Lisa Klem, the court held a hearing in the afternoon on a confidential grand jury matter. The investigation is still classified.

The Justice Department’s battle with Mr. Trump’s attorneys about whether or not he has returned all the records he removed from the White House is heating up. The DOJ asked the court for a contempt order. After issuing a subpoena for the documents in May, investigators believed he had not complied, raided Mr. Trump his Mar-a-Lago home in Florida in August.

In November, the Wall Street Journal reported that a search of the former president’s other houses had turned up no sensitive documents. However, the finding of the two things ran counter to a declaration Mr. Trump’s attorneys issued in June, claiming that Mr. Trump had given over all classified government materials in his possession.

Since Mr. Trump has only intermittently cooperated with the inquiry, which a special counsel is now leading, Jack Smith, the Justice Department’s motion to Judge Howell indicates that the investigation into the handling of records at Mar-a-Lago is approaching a more aggressive phase. Smith was appointed at the end of last month. Smith is a former international war crime and public corruption prosecutor.

On Friday, the private hearing lasted for nearly an hour. Three of Mr. Trump’s lawyers walked out of court without saying anything.

The DOJ stayed silent. Trump spokesperson Steven Cheung said that despite what he called a “political witch hunt” by a “weaponized Department of Justice,” Trump and his legal team remain cooperative and honest.

In a letter to Judge Howell, lawyers for a group of news companies, including the Wall Street Journal’s publisher, Dow Jones, asked that Friday’s meeting be open to the public and the press. However, the judge did not comment.

Prosecutors informed Mr. Trump’s attorneys in October that they didn’t think their client had found all of the official records he had removed from the White House. One of Mr. Trump’s attorneys, Christina Bobb, told investigators that when he asked her to certify in June that all federal materials requested in a subpoena had been delivered, he convinced her that he had performed a thorough search of Mar-a-Lago.

A search by the FBI in August revealed around one hundred papers marked as classified, but they were not accounted for in the certification.

After prosecutors attempted to force Mr. Trump to give any leftover papers, Mr. Trump’s legal team discussed its options for responding to the Justice Department, which included hiring an outside company to perform a search and challenging the department’s demand in court.