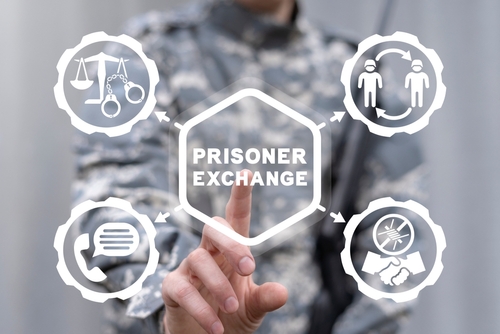 Russia is rejoicing over the Griner prisoner swap. Their mocking laughter echoed worldwide as it criticized the United States for trading a basketball player for a weapons dealer under the Biden administration. On Thursday, WNBA star Brittney Griner was exchanged for infamous arms dealer Viktor Bout, who in 2011 was convicted of seeking to kill Americans through arms sales that included cooperating with Al Qaeda and the Taliban. Griner was detained for carrying narcotics in a Moscow airport in February.

Due to the one-for-one exchange, former Marine Paul Whelan is still imprisoned in Russia. This state has claimed that Whelan was imprisoned because he was a spy, a charge he categorically rejects.

CBS cites Vladimir Soloviev, a Russian television star, as calling the trade a wonderful victory. The Russian intelligence agencies and the Foreign Ministry have carried out a fantastic operation and brought home a man who never pleaded guilty, who was unfairly accused and slandered but did not forsake his motherland, Soloviev said.

According to Reuters, Russian lawmaker Maria Butina remarked, “It is a capitulation by America.” Russia has proved that it would defend its citizens even when the United States has admitted defeat, the author wrote.

Butina reportedly stated on Telegram that Russia pushed through the exchange of Bout, whom America genuinely did not wish to part with, implying that, as in The Godfather, they made them an offer that cannot be refused.

“This is a position of strength, comrades.” American interests were met, as Telegram posts from RT Channel editor-in-chief Margarita Simonyan indicated. She stated, according to CBS, that modern American voters “choose the obvious” between a “heroic spy,” a decorated Marine who endured service to the Fatherland, and a drug-addicted black lesbian who suffered for vaping hashish.

Fox News reports that a Russian broadcaster weighed in on the seeming disparity between the two Americans’ treatment. Whelan’s first difficulty is that “he is white,” the analyst, whose name was not disclosed, stated. The fact that he is a male adds a further complication. And last, he is a heterosexual, which is his third and final problem. This is not a forgivable offense in modern society, and it’s a disaster. Yes, Griner beats him in every aspect.

The family of Paul Whelan said on Thursday that they fear their loved one won’t be released for years, even as they backed the prisoner exchange that released Brittney Griner but left Paul Whelan behind.

Whelan, a Michigan security executive, was jailed on espionage charges his family and government claim are untrue. According to U.S. officials, Russia refused to consider including Whelan in the Griner deal.

David Whelan, Paul’s brother, told The Associated Press on Thursday that their parents spoke with Paul Whelan regarding his day-to-day life and updates from the family’s Michigan home. According to David Whelan, the family realized that Paul might not be able to return home anytime soon unless the U.S. government made concessions. “

A 16-year prison sentence was issued to Paul Whelan, 52, in 2020. It makes hope a little bit harder, David Whelan said.