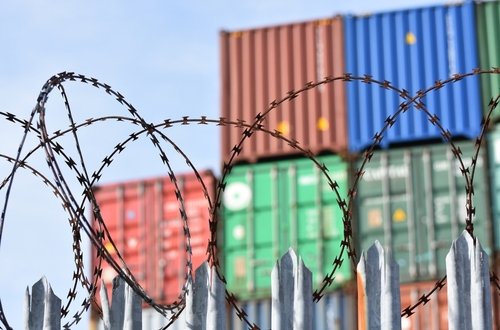 Authorities have reported multiple huge groups of migrants at the southern border in advance of the anticipated termination of the capacity to deport illegal immigrants under the Title 42 order in a few weeks.

According to sources speaking with the media on behalf of Customs and Border Protection (CBP), the number of migrants for the fiscal year 2023, which began in October, has surpassed 485,000 and is anticipated to pass 500,000 over this past weekend. One hundred fifty-six thousand have been expelled under Title 42 so far.

That order, implemented during the Trump administration as a response to the COVID-19 pandemic, has allowed the immediate and orderly removal of illegal border crossers. However, it is set to expire on December 21 due to a court order ruling that its implementation was unlawful, which has led to widespread and bipartisan fears of a surge.

As a result of these numbers, which are occurring during months that are generally calmer at the border, Border Patrol personnel are becoming overwhelmed as they are confronted with massive migrant groups. Over 2,100 unlawful border crossings have occurred in the Del Rio Sector in the previous twenty-four hours.

Concerns regarding the imminent termination of Title 42 are likely to be amplified as a direct result of these numbers. The Department of Homeland Security has stated on multiple occasions that it is prepared to deal with a surge in migrants by utilizing a six-point plan already in place.

This plan calls for an increase in resources and personnel and a more substantial reliance on other authorities, such as accelerated deportation and repercussions for unlawful border crossings. Additionally, the administration has emphasized its anti-smuggling initiatives and cooperation with countries in the Western Hemisphere.

However, many Republicans and Democrats have stated that the plan is insufficient to deal with the historically high number of migrants that the agents may be forced to deal with. In the past few days, lawmakers in the Senate have been hammering out a possible compromise on a framework that would extend Title 42 for another year and provide additional funding for border security; in exchange for citizenship for two million illegal immigrants that came to the United States as minors. This framework would provide a path to citizenship for the undocumented immigrants who came to America illegally as children.

However, both Democrats and Republicans have already voiced their opposition to that proposal, and it is currently unknown whether or not lawmakers will be able to reach an agreement before Congress adjourns for the holiday break on December 21 or before the GOP takes control of the House in January.