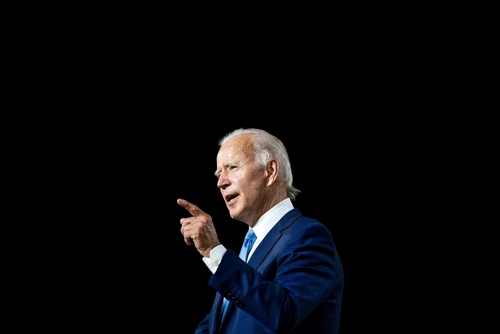 One national security expert has warned that the border crisis will only worsen for Americans once the Biden administration abandons Title 42, even though large migrant caravans are still crossing the U.S.-Mexico border.

There are only a few weeks remaining before the government’s authority to deport migrants under the Title 42 public health order lapses. Hence, reports indicate that officials at the southern border are seeing overwhelming numbers of migrants and several large groups.

According to Customs and Border Protection (CBP) sources, the number of migrants for the Fiscal Year 2023 (FY 2023) has already surpassed 485,000. It is expected to reach the half-million mark this weekend. FY 2023/October. There have been 156,000 expulsions under Title 42 so far.

Author Todd Bensman said on Maria Bartiromo’s show, “Mornings with Maria,” that the effects of the influx of people crossing the border are already being felt throughout the country. Adding that the results are visible in classrooms, hospitals, jails, and the rest of the economy, the author declares that the United States is under siege. Bensman went on to say that Americans’ wallets will take a hit for a long time, if not permanently, regardless of the president’s admissions.

Bensman elaborated that the intelligence community estimates that the United States will see between 12,000 and 18,000 daily crossings once Title 42 falls away on December 21. Bensman elaborated, saying that soon a “new army” would be required to deal with migrant escapes and related crimes. The Federation for American Immigration Reform estimates that the cost to the U.S. government due to the influx of illegal immigrants during President Biden’s tenure is over $20 billion annually.

Protected status for certain migrants, as proposed by the Biden administration, is a “policy issue” that encourages even more illegal crossings than the possible repeal of Title 42 already does. DHS has repeatedly stated that it has a six-point strategy in place to deal with the immediate surge in numbers that will occur after Title 42 is no longer in effect.

Increases in manpower and funding, as well as expanded use of alternative authorities like expedited removal and harsher penalties for illegal border crossings, are all part of this strategy. The government has also emphasized its anti-smuggling efforts and partnerships with nations in the Western Hemisphere.

On Monday morning, Tesla CEO Elon Musk added his voice to the debate over the situation at the border, responding with a justified “wow” to Twitter footage showing a migrant trail of more than 1,000 people crossing illegally into El Paso, Texas, during the previous night.

Bensman said he believes the GOP and Democrats can work together on a bipartisan bill to address the border security and migrant crises.

Bensman explained that a bipartisan bill is needed to address the border security and migrant crises adequately but questioned whether Republicans and Democrats could come together on the issue.